9 Studies That Are Getting Anxiety Sufferers Excited About CBD 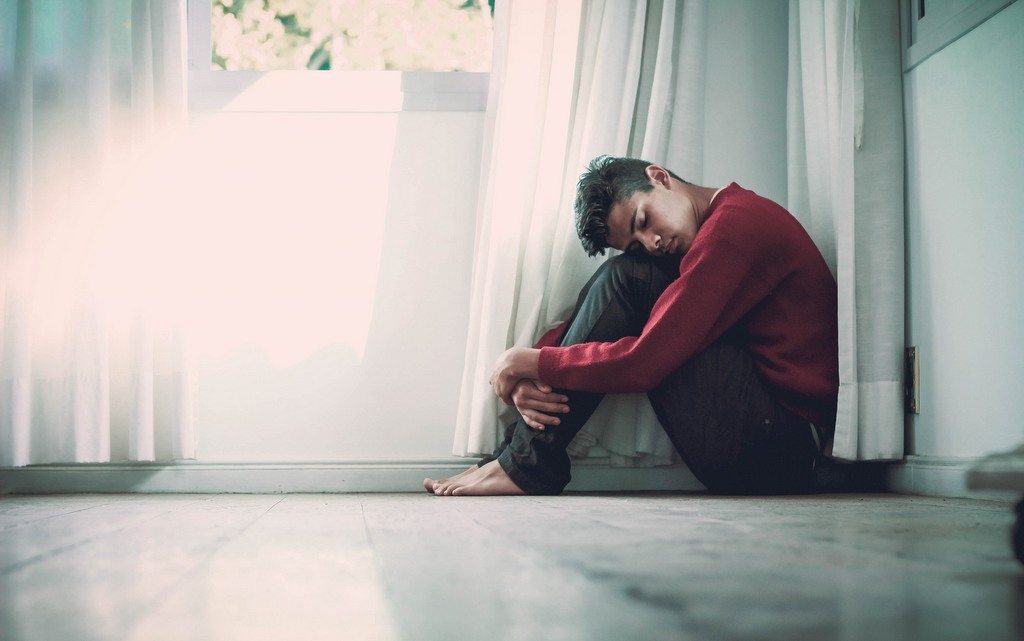 These groundbreaking studies show the promise CBD can offer those suffering from anxiety.

Anxiety is a perfectly natural and common response to stressors and stressful situations, such as before public speaking. Anxiety may manifest in intense, persistent, and excessive worry about everyday situations, leading to symptoms such as increased heart and respiratory rates, sweating, and even nausea.

Unfortunately for many people, with an estimated 40 million affected in the United States alone, this response rapidly crosses from healthy to debilitating as their anxiety becomes chronic and becomes a disorder.

The estimated figure above is sadly on the conservative end of the spectrum, as current statistics note as little as 36% of those potentially suffering from some form of anxiety disorder are actively seeking some form of treatment.

While worrying about these kinds of things isn’t unusual for anyone, for individuals living with GAD this concern feels unmanageable and may reach a point where it actively interferes with their life.

This may range from a general feeling of uneasiness to a complete panic attack, which may last for several hours until treated by a medical professional.

Regardless of the type of anxiety disorder or symptoms you or a loved one may be experiencing, you should have a solid understanding of all available treatment options.

While anti-anxiety medication and therapy are most commonly used to treat a majority of anxiety disorders, there is a growing body of scientific evidence and anecdotal reports noting the remarkable effectiveness of using CBD treatment to help manage anxiety disorders.

What Is CBD Treatment?

CBD treatment is a therapeutic health and lifestyle regimen that uses CBD to treat a variety of conditions and symptoms, benefiting an array of people.

There’s growing evidence CBD could be beneficial for people with conditions ranging from ADHD to Parkinson’s disease. CBD can be consumed in a variety of ways, ranging from oral consumption of oils, tinctures, and gummies to even topical treatments such as ointments and lotions.

The best potency, route of administration, and treatment schedule for your specific condition should be discussed with your healthcare provider.

Cannabidiol, or CBD for short, is the second-most common of over a hundred different chemicals known cannabinoids found in the cannabis plant. Cannabinoids are a group of closely-related chemical compounds that interact with the cannabinoid receptors, often referred to as the endocannabinoid system.

Tetrahydrocannabinol, or THC for short, is the most common cannabinoid and is most often associated with cannabis as it is responsible for the intoxicating high user’s experience from consumption.

While both CBD and THC are beneficial cannabinoids, they each bind with different receptors in our brains and produce different effects on the body.

Most important to note, CBD treatment may offer users a broad spectrum of the benefits of cannabis without the “high” commonly associated with THC and cannabis.

Every day, anecdotal reports from people just like you emerge praising the remarkable effectiveness of using CBD treatment to help manage their anxiety. While the scientific data is not yet conclusive, there is an expanding body of peer-reviewed research noting the efficacy of using CBD to treat anxiety.

There are new studies emerging daily that highlight the promise CBD treatment can offer the public at large. In particular, these nine studies, in particular, have been getting those suffering from anxiety disorders very excited about that said promise.

One such study by the University of Sao Paulo found that CBD can significantly improve mood and increase mental sedation, allowing for a sense of calmness. Their research traced this effect to two parts of the brain that noted significantly increased ECD uptake with CBD supplementation relative to placebo. These results show CBD’s interaction with the limbic and paralimbic systems may provide important anxiolytic effects.

Research from the Department of Psychiatry at the University of Melbourne noted the rich and lengthy history CBD has had in plant-based medicine. They conducted a comprehensive review of all plant-based medicine that has been subjected to both preclinical and human clinical trials measuring their anxiolytic effects. Through analysis of over 1500 papers, they identified 21 specific plants that met their testing requirements, finding the CBD-rich cannabis plant to be by far one of the most effective.

The Department of Pharmacology at the University of Sao Paulo also published research noting CBD’s powerful anxiolytic effect and the benefits it could offer those suffering from anxiety, depression, and even psychosis. The research team found that CBD promotes cell proliferation and cycle progression in cannabinoid receptors as well as hippocampal cells. They believe this mechanism is largely responsible for CBD’s remarkable anxiolytic effect.

A study by the Department of Psychiatry at the Vanderbilt University School of Medicine found that CBD treatment is an effective therapy to help mitigate the adverse physiological and mental consequences of stress resulting from anxiety. They concluded that endocannabinoid augmentation through CBD supplementation is a viable option for the treatment of various neuropsychiatric disorders.

An additional report published by the University of Sao Paulo provides an in-depth look at the underlying mechanisms of how CBD interacts with our mind and body, concluding CBD treatment results in dramatic improvements to overall mental well-being and mood. Their report found that relative to placebo, a 400mg oral dose of CBD reduced uptake of select neurotransmitters in various regions of the brain, resulting in the aforementioned benefits to the subject’s mental health.

Researchers from the Institute of Psychiatry at the Federal University of Rio de Janeiro found CBD was shown to improve stress response in those suffering from anxiety. In a series of stress-inducing tests using animal models, including the forced swim test and elevated maze, the introduction of CBD was shown to notably improve responses to stress due to CBD’s interaction with the 5-HT1A neuroreceptor. In their conclusions, the team credited this mechanism for the potent anxiolytic and antidepressant effects of CBD.

Another study by the University of Sao Paulo found that CBD can reduce anxiety caused by life events such as public speaking. In double-blind, randomized simulated public speaking tests, researchers found that CBD pretreatment dramatically improved mood while simultaneously reducing cognitive impairment and discomfort. The researchers also noted alertness of anticipatory speech had significantly decreased after CBD treatment as well. Most notably, the team observed a dedicated CBD regimen effectively brought the test subjects in line with control groups.

In an unrelated study by the Federal University of Rio de Janeiro, researchers found that CBD was shown to dramatically improve mood as well as the ability to regulate emotion. Using a combination of animal models and human volunteers, the team noted CBD showed a clear anxiolytic-like effect. Their research showed the introduction of CBD significantly increased dopamine, serotonin, and norepinephrine production. These neurotransmitters are directly responsible for mood and emotional regulation.

A final study by the University of Sao Paulo found that systemic CBD treatment was shown to produce significant anxiolytic effects. Using Winstar lab rats, their research found that CBD treatment increased open arms exploration during the elevated maze test, as well as increasing the number of punished licks in the Vogel conflict test. Their research also found that pretreatment with a 5-HT1A antagonist actually blocked these positive effects. 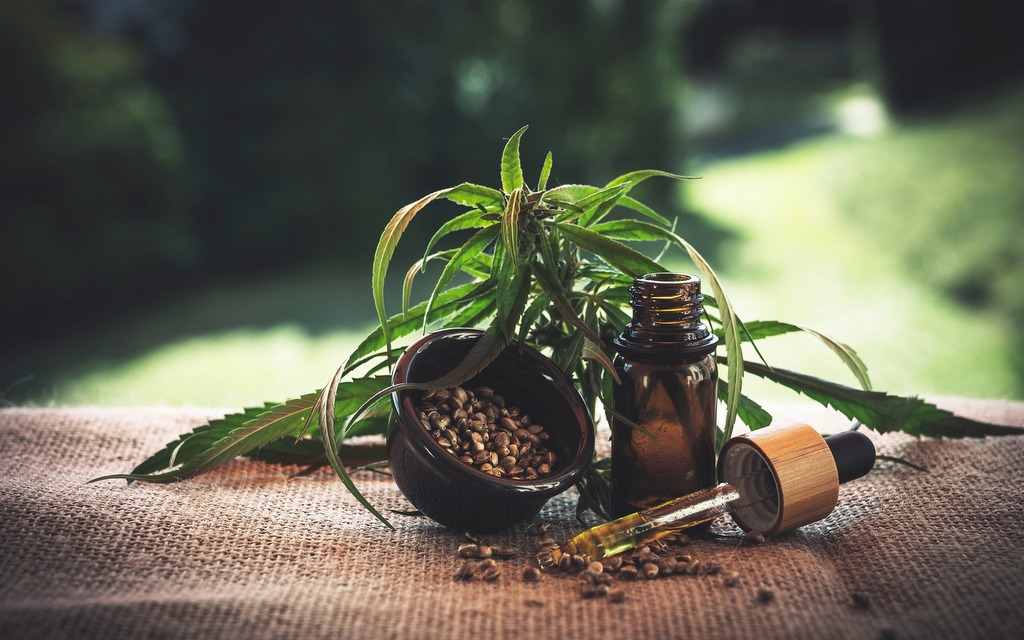 Is CBD For Me?

Physicians at Harvard University, the Anxiety, and Depression Association of America, as well as the Depression Alliance, all advocate the use of a supervised regular CBD regimen to help treat and manage symptoms of anxiety.

As with starting any new lifestyle regimen, be sure to consult with your physician to make sure there aren’t any conflicts with current treatments or medications.

Be sure to research reputable companies that offer independent third-party analysis on every batch produced for purity, potency, and safety, as an unregulated marketplace has led to growing issues of mislabeled or ineffective products.

Also, please note that the legality of CBD can vary greatly by state or even county. Be sure to research your local laws and carefully weigh if pursuing a CBD regimen is right for you.

Have you or someone you know used CBD to help treat and manage their anxiety? DidCBDWork.com is currently gathering experiences from millions of people just like you who have used CBD to treat a wide variety of conditions, including anxiety.

They would love to hear from you about your experience; these stories help those living with anxiety, and a host of other conditions, see that there is hope and there are viable options out there for them.