A lot of novice cannabis growers remain unaware of the fact that it is sensitive to light. This means that the total number of both light and dark hours can impact the growth of the plant by generating certain reactions.

Therefore, it is necessary for you to know which light cycle works best for growing cannabis.

Biologically, the blooming phase of the cannabis is prompted somewhere between the end of summer and beginning of the fall season, when dark hours get longer than the light hours.

But, people who grow their cannabis plants indoors stimulate the blooming by altering the light cycles for keeping it in darkness for prolonged periods.

You might have noticed that the majority of the indoor gardens have two individual rooms where plants are harvested. The reason behind that is to keep different growth stages separated from each other.

For being a successful cannabis grower, you also need to fully understand the notion of the light cycles and the dissimilarities among them.

Read below to find out which cycles work best during the below-mentioned stages.

There are generally two popular types of light cycles used in this stage, one is 24 hours and the other one is 18 hours. A vast majority of the growers are of the opinion that a 24 hours phase works best for the production of cannabis.

If you don’t know what that means, a 24 hours vegetative cycle refers to keeping the light on uninterruptedly, which pushes the plant to perform photosynthesis incessantly.

However, it is better to opt for an 18 hours phase as it’s more natural. Also because, like everything else, plants also require some rest.

There is no denying that you will get rapid growth in a 24 hours light setting, but there is all the possibility that your plant will lack nutritional value. It can also affect the growth of the plant in the blooming stage.

This is a very commonly occurring, yet, a lot of gardeners remain oblivious that the reason behind is the lack of darkness provided to the plant.

That’s why, be a smart grower and do not make the mistake of depriving your cannabis of its deserved nutrients. Like living organisms on earth, your plants also need rest. 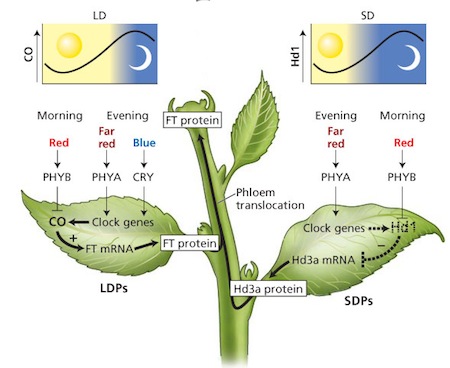 Like the vegetative stage, there are different light cycles that are used for this stage as well.

I have tested numerous light cycles and found that 12 hours of light and 12 hours of darkness produce the best results. Although some gardeners argue that an alternate light phase of 12 hours off with 6 or 10 hours on is more productive as it lets you plant numerous times during the year.

But, it doesn’t work that well because it shrinks the yields from your separate harvests. Although the total yield of the whole year is going to be higher, the loss you will be having in every single yield will be much more grave. So, it’s not really worth your time and effort.

But no matter what light cycle you prefer, a lot depends on the quality of your indoor LED grow lights. You can learn more details about the best lights for growing weed on TopGrows website.