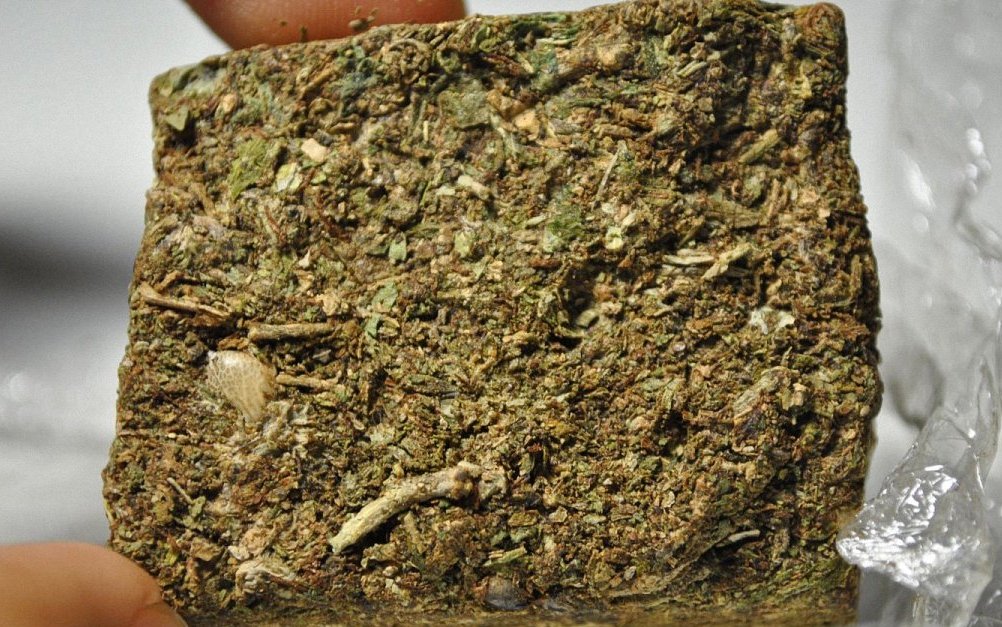 The once famous brick weed has become obsolete in 2022, all thanks to the legalization of cannabis in many countries. However, if you use good-quality marijuana for medicinal purposes or recreational use, you must know the Mexican brick weed and its poor quality.

But what exactly are weed bricks, and what is their manufacturing process? Are they any good? Read below to learn everything about the good old brick of weed.

What Is Brick Weed?

In the 1970s, Mexican brick weed was prevalent. Compressed cannabis bricks were easy to transport and sell. Thus, they quickly made their way into the cannabis market.

However, there are better ways of accessing pressed high-quality marijuana in modern times. Learning about the basics of bricks of weed is crucial for stoners because the quality of brick weed isn’t as good.

So what exactly is a brick weed? Compressed and condensed cannabis is called brick weed. It contains stems, leaves, seeds, and flowers. Back in the day, brick weed became extremely popular in the US because it was easy to smuggle bricks of weed via the Mexican border.

When harvesters produced compressed cannabis in bricks, it was easier to transport. The ease of transportation made it the most consumed type of weed before the home cultivation trend took over.

In the late 1980s, people started harvesting their weed because they did not want to compromise on the quality of the buds. In 2022, you will still find brick weed throughout Central America and Asia.

Why Is It Called Brick Weed?

If you compress a larger stash of cannabis into the form of a brick, it will become a brick weed. So the name “brick weed” is quite accurate in terms of a description.

Mexico was the hub of growing cannabis buds and transporting them to other countries in high demand. Home growing your own weed or commercial cultivation was not a popular method back in the day.

Transporting weed buds through the border was challenging. Cultivators could not ship a large stash of weed. Thus they started producing highly compressed weed bricks which were simpler to move across the border.

Mexican weed growers used to tape the large compressed bricks, and dealers would break up the brick and sell smaller parts of it to the consumers.

When you hear the word “brick weed,” do you think about the best quality weed available on the market? Well, you’ll hear many marijuana connoisseurs claiming that bricks of weed were the best source of smoking pot in their time.

But high-quality brick weed was scarce to find in America.

Overall, this type of weed is harsh, and it makes your throat hoarse. You’ll find that it’s also harmful to your lungs. 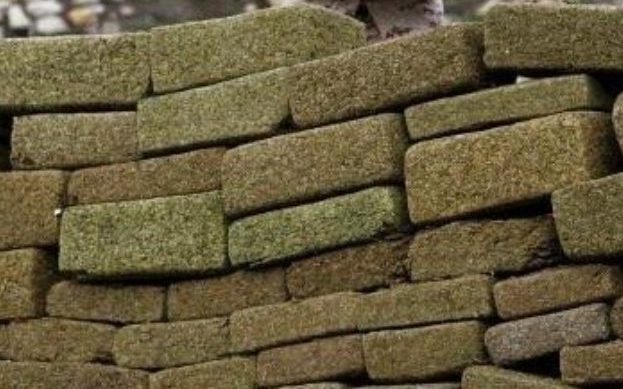 South American compressed cannabis has a brown to black color, so it does not look like your authentic green weed. It also has a pungent, spicy scent of ammonia.

This type of compressed weed is hard to break, and consumers mostly use a saw to break it. If you break open a weed brick, you’ll find that it has many seeds and stems.

How Is Brick Weed Made?

One of the reasons brick weed has poor quality is its manufacturing. You may go to dispensaries to find that weed has a trimmed or cured bud.

However, cultivators did not use trimmed buds to manufacture the blocks of weed. Instead, cultivators harvested cannabis and dried it. Then, they would use a hydraulic press to compress weed buds into the brick form.

The cannabis farms had top-shelf cannabis seeds. Only well-grown cannabis plants were used to make high-quality brick weed, which is why harvest action was never the prime factor for the poor quality cannabis.

Making compressed blocks of cannabis was the primary issue that affected the quality. When it was time to harvest the weed, the cultivators would pile the entire branches of the cannabis plant on a large canvas to sundry it.

The cultivators stacked a lot of weed plants together. It would trap moisture. The trapped moisture of the branches made the plants rot.

When a weed plant starts to rot, it gives a pungent ammonia smell – typical of a weed brick. When the branches would dry, cultivators would remove the buds from the bigger branches and shake them to remove larger leaves.

Many trichomes are lost in this process, but the leaves and seeds are removed and left behind. Low-quality brick weed contains seeds and leaves.

Next, the cultivators load the dry cannabis in a hydraulic press to produce up to 50 kilograms of compressed cannabis. The weed is then cut into various smaller blocks. Then, the cultivators wrap the bricks in plastic and tape them well before shipping them to other countries.

How to Smoke Brick Weed?

If you’re from Europe, where compressed cannabis is less common, you’d want to know how you smoke bricks of weed?

Smoking brick weed isn’t tricky because you have to break the brick into smaller parts. However, since a block of compressed marijuana is harder to break apart, it is best to use steam as it will help separate the pieces.

You can also add the brick of condensed weed to a boiling pot. Before you do that, you need to cover the weed brick with a kitchen towel and keep it in hot water.

If you have smaller bricks, you can use a kettle to help break them apart. You can put the brick into a clean sock and steam it over your boiling kettle. Just don’t overdo it.

Ensure that you remove the brick from the sock after 30 seconds and let it dry for six hours. You can keep it on a kitchen towel or a paper towel to dry it.

Doing this will make the weed brick soft and easy to break down. Once you can break it into smaller pieces, you can smoke it like a regular weed.

How Much Is a Brick of Weed?

If you buy a brick of weed, it will weigh around 2.2 kilograms. Since it is a compressed and dried herb that contains seeds, stems, and leaves, it usually has a poor quality. So how much is a brick of weed?

It costs less than standard trimmed marijuana bud. If you buy trimmed cannabis flowers from dispensaries, they cost around $2000 to $4000. But you can get brick weed for around $500-$1000. 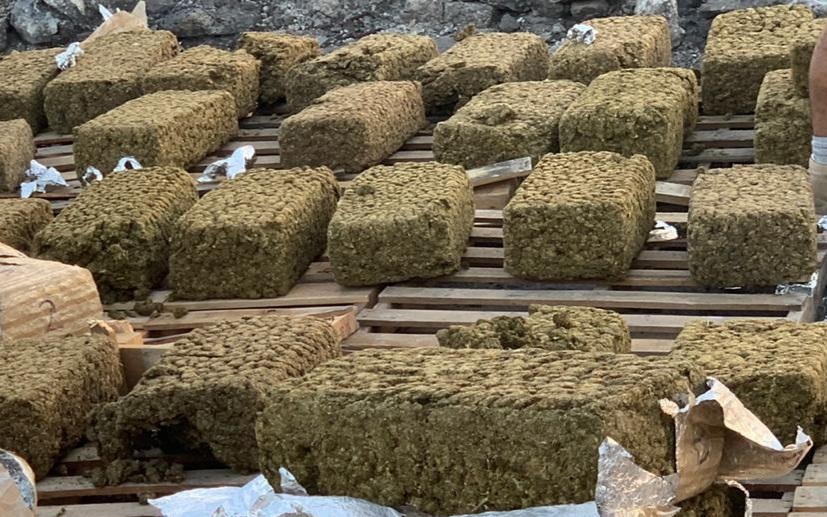 Smoking brick weed is unsafe because you can’t be sure about the THC concentration. Also, since the manufacturing process is poor, you cannot trust the cultivators to select the right plants.

Plus, brick weed has an unknown amount of cannabinoids. Moreover, the improper storage, processing, and manufacturing make brick weed unsafe to smoke.

Cannabis enthusiasts in the modern-day opt for more futuristic weed cultivation methods. From indoor cannabis cultivation to buying a larger stash at the dispensary, people are opting for high-quality marijuana only. This is one of the reasons brick weed has become less popular in today’s world.

But if you still wish to have the experience for the sake of nostalgia, buying brick weed is easy as it is available throughout Mexico, Central and South America, and some parts of Asia.