Can you Fail a Drug Test From Handling Weed Plants? 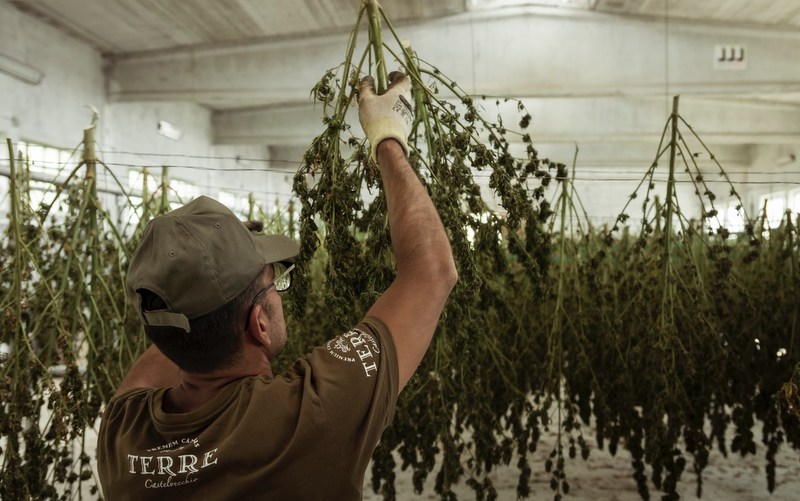 The cannabis industry’s blooming as weed becomes widely legal across the States and around the world.

Hydroponic gardens are springing up like mushrooms after a warm summer rain, creating an opportunity to work with the herb in a regulated and organized way. Legalizing weed and opening cannabis farms had an enormous impact on, amongst other things, the economy – it created job openings.

One of the most popular jobs in the weed industry is trimming. Plants need trimming, and while there are good trimming machines on the market, nothing compares to people with scissors skills, and love for the plant. Any hydroponic farmer knows that the human touch is irreplaceable if you want to create a premium product.

Working around a large number of plants means you’re bound to come in contact with the herb. Everyone, from master cultivators to trimmers and budtenders, comes in direct contact with THC.

Coming into contact with THC usually isn’t a problem, because you can’t get high by touching weed.

However, it gets absorbed by the skin, and eventually enters your bloodstream. This means it bypasses your lungs and stomach, offering you 100% of its medicinal value. And if the concentration levels of THC are high, you might feel a hint of its psychoactive effects.

So, we’ve found that THC can enter the bloodstream through the skin. And therein lies the problem. For individuals facing a court-ordered, or mandatory workplace drug test, having THC in your system is not good news.

And knowing you could lose your job for helping your grandma trim her favorite flower isn’t comforting at all. So yes, it’s possible to test positive for touching, trimming, and handling weed.

The Science Behind It

There’s little to no chance of you getting caught on a drug test for merely touching a bud or a joint. But if you’re working at a hydroponic cannabis farm you’re pretty much-touching weed all the time. And we already established that it can get into your bloodstream through skin contact.

Still, the concentration that enters your bloodstream is so low that it gets metabolized and expelled before the body can absorb it. So, even after years of handling weed, the chances of testing positive on a blood or urine drug tests are practically non-existent.

However, hair follicle testing is a different matter altogether. According to a German study, residual THC on your skin may find its way into your hair and show up on a hair drug test.

The course of the study had ten participants who had to roll one joint each, once a day, for five consecutive days. At the end of the exposure period, hair samples of all participants were collected and submitted for testing.

The study found that all participants had 10-93pg/mg of THC found in their hair, which is well above the established cutoff value for hair testing. Even 1pg/mg can trigger positive result, as stated in this article. Also, the testing was repeated four weeks after the first exposure, and five out of ten participants still had THC in their hair.

In the end, the study concluded that false-positive results might be derived from externally contaminated hair, caused by direct contact with contaminated skin.

These results can be wrongly interpreted as proof of consumption and lead to severe legal repercussions for individuals concerned. 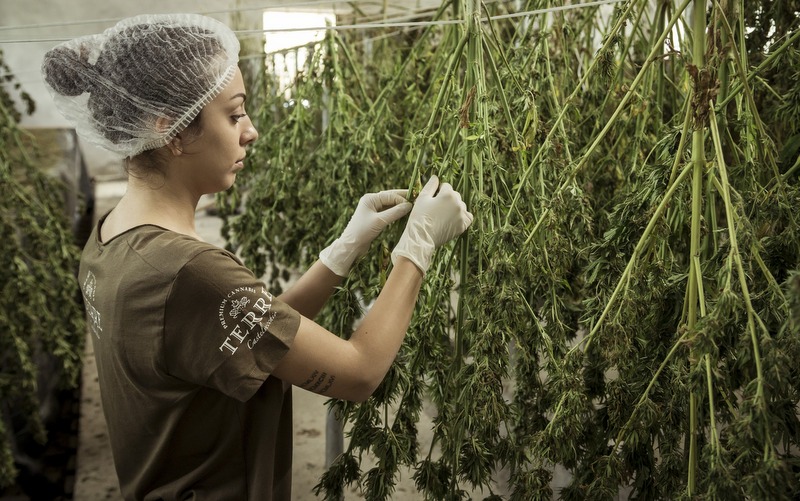 A Reason for Worry?

Well, yes and no. As a result of the study mentioned above, the labs are now washing collected hair samples, before dissolving them to create a solution suitable for testing. By cleaning the collected hair samples, the labs are reducing the number of false positives triggered by external contamination. However, despite the high accuracy of hair follicle testing – errors do occur.

But, an ounce of prevention is worth a pound of cure. You can stop, or at least minimize, external contamination of your fingers, and subsequently, other body parts by wearing high-quality rubber gloves.

If rolling five joints show up on a hair test, wearing rubber gloves while handling large quantities of cannabis is a sound idea. Especially if you’re not supposed to have THC in your system.

The science confirmed it – you can fail a drug test from touching, trimming, or handling weed. And if you’re in a position where the THC levels in your body don’t matter, well, you’ve got nothing to worry about.

But if having THC in your system potentially leads to trouble, we recommend wearing gloves the next time you’re handling weed.