Feminized cannabis seeds always result in female plants as well as dank buds because of how they are bred. These seeds also ensure a stress-free growing and proper harvest.

Herbies has a strong reputation for providing top-notch marijuana seeds worldwide. There are a lot of feminized seeds to choose from ranging from big names to high potential seeds. Here are my top potential feminized cannabis seeds. 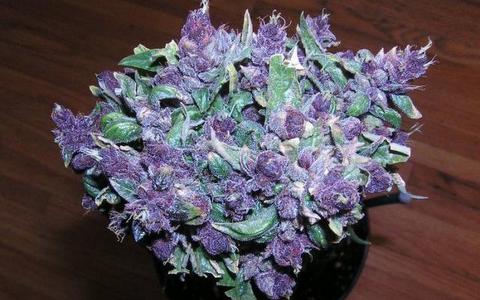 Purple Haze is a sativa-dominant strain that is produced by crossing Purple Thai and Haze. This mind lifting and berry-flavored strain has a high THC composition and thus offers a cerebral elevation.

This strain is perfect for vaping enthusiasts due to its energizing, uplifting, and euphoric effects. Purple Haze also has a sweet and spicy berry undertone accompanied by a sweet, tropical, and inviting fragrance.

The MK Ultra strain, also called master ultra kush, is a secretive CIA operation name that relates to conflicts between the government and legalization. This strain is highly famous for being among the top tier indica dominant hybrids on the market today. T.H. Seeds produced MK Ultra weed by crossing two potent strains, including O.G. Kush and G-13. Its high amount of cerebral and bodily effects makes it suitable for nighttime usage.

Also, using this strain in the daytime could make you dizzy and too sleepy to function. The mind-control name given to MK Ultra weed makes it among the dominant strains in the world, and indica enthusiasts love it due to its hypnosis-inducing tendencies. The THC level of MK Ultra strain reaches 22-25% THC.

MK Ultra strain is best defined as an Indica-dominant hybrid with Sativa-dominant effects. This means it can grow like an indica but gets you high like a Sativa. The cost of MK Ultra weed isn’t massive, and the number of weeks it takes to grow is not particularly high. The strain was made by TH seeds to provide a relaxing effect.

It has won several awards, including the High Times Cannabis Cup. It is ground-breaking OG Kush ancestry that provides relaxation effects to be utilized for clinical purposes. This weed is named for the psychedelics made by the United States Government’s CIA mind control program of the 1970s.

Maui Waui was among the best strains in the world during its heyday. The strain was created in the 1960s and got a high reputation for its relatively strong sativa high, but due to the current standard of strains, Maui Waui can’t match the potency of today’s strains.

This is because, in the 1960s, the level of THC required by each strain was much lower. Nonetheless, Maui Waui is still a classic strain due to its reasonably potent high and delightful flavors.

Decades ago, Maui Waui was a commercial super strain and competed only with the likes of Panama Red and Acapulco Gold in the sativa hall of fame. Despite its decline, Maui is still a favorite among many growers in Northern California.

The level of THC in Maui Waui is considered average nowadays, but 50 years ago, it was regarded as an intense strain. In the 1960s, the average level of THC per strain was low, but due to enhanced breeding techniques, the average rate has increased.

Maui Wowie currently has an average THC level of around 13%, which marginally small when compared to other potent strains. 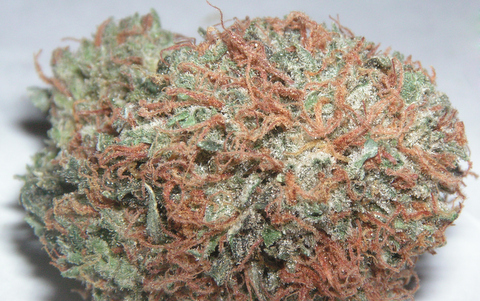 Bubba Kush is a result of the unmatchable OG Kush and the potent Afghani strain or Northern Lights strain. Its history isn’t entirely known. It appears to have shown up first in the state of California. A California grower, called Bubba, got an obscure Indica strain of cannabis in New Orleans. It might have been Northern Lights or an Afghani, depending on the offspring.

This Indica was pollinated by OG Kush, making an incredible Indica strain hereafter named after the venturesome “Bubba,” called Bubba Kush. It turned out in California around 1996 and has stayed famous and even entered the clinical scene as a strain that is extremely helpful therapeutically. It resembles a variant of OG Kush that is more medicinal than recreational but with a similar force.

The cannabis strain Bubba Kush is a well-known indica with a smell and flavor of fruits and earth, as well as coffee-like undertones. Its huge buds are a deep purple; eggplant in shading with timber like green leaves.

The original ancestry of Bubba Kush is still in doubt, but most breeders consider it as an Afghani origin. An OG Kush mixture cross reproduced with an obscure indica in 1996, and the strain has since developed as a notable and enjoyed strain.

It has THC levels averaging about 14%, making this a decent strain when it comes to first-time use. Nonetheless, the THC levels can increase depending on the bred.

Bubba Kush introduces a general feeling of relaxation all through the body alongside a marginally euphoric outlook. It helps with sleep deprivation and muscle tension, which I consume best at night and in the evening.

Bubba Kush can be grown by learners – indoors, outdoors, or in a greenhouse due to its high resistance to pests and molds.

Bubba Kush is unquestionably an evening strain. This strain rushes to cause tired eyes and profound sedation. I try not to concentrate intensely eagerly on office tasks and instead try relaxing with a movie. 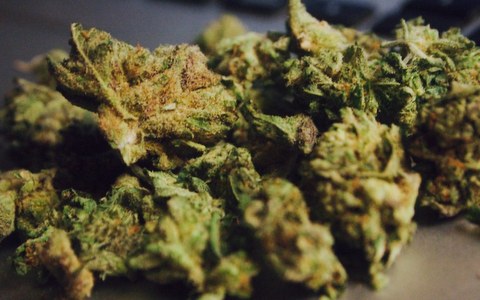 Gorilla Glue Strain, created by GG Strains, is considered one of the most potent hybrid strains on the planet. It offers heavy-hitting euphoria and relaxation effect, making users become locked to the couch due to its high THC levels of 28% and above. Gorilla Glue strain was created by mixing Chem’s Sister and Chocolate Diesel.

GG4 won first place in both the Michigan and Los Angeles 2014 Cannabis Cups. It also won the High Times Jamaican World Cup due to its instant hitting effects. These multiple awards are due to the supremacy of the winning strain is superior in the cannabis market and a favorite by most consumers.

Gorilla Glue has similar attributes to Chocolate Diesel. It gives both a smell and taste that’s like that of coffee and mocha notes. This strain also fills the mouth with a sour punch and diesel flavor that lasts for long. It’s famous for its earthy and pungent attributes, which originate from its parent strains.

Gorilla Glue has similar attributes to Chocolate Diesel. It gives both a smell and taste that’s like that of coffee and mocha notes. This strain also fills the mouth with a sour punch and diesel flavor that lasts for long. It’s famous for its earthy and pungent attributes, which originate from its parent strains.