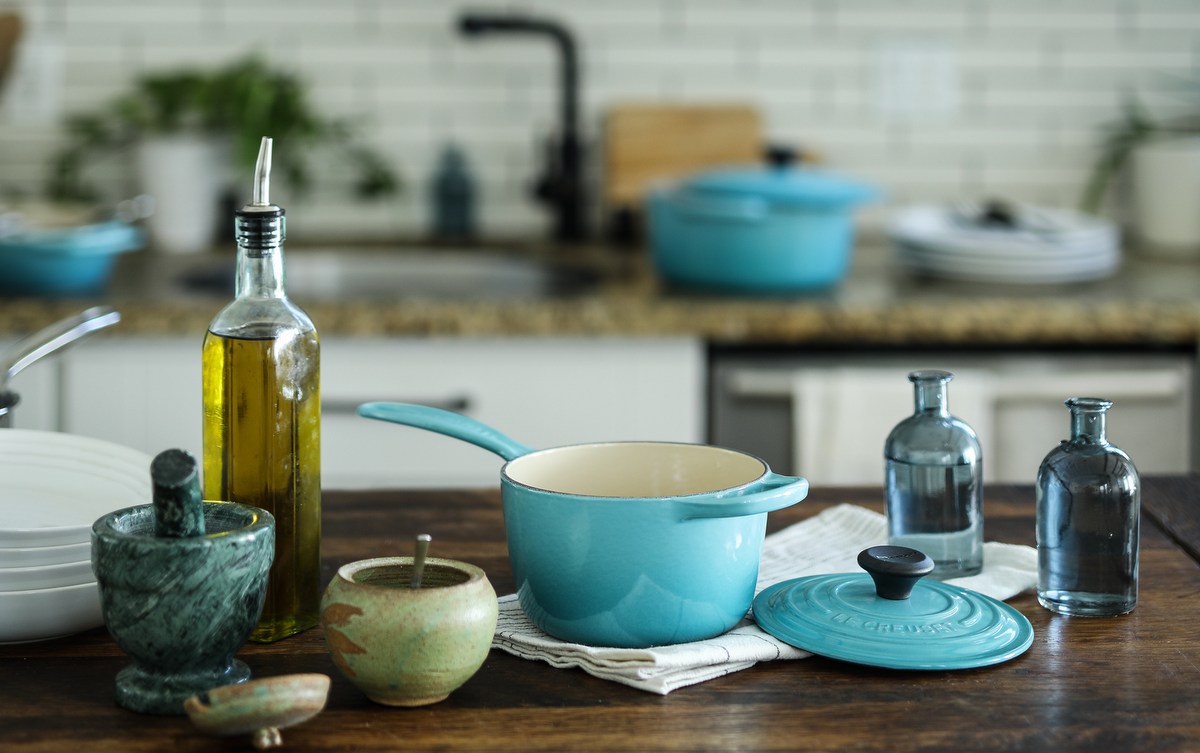 ​We are sure once you start making canna oil at home, there will be no turning back, for sure. Store-bought oil is often a go-to option for many, but you can also learn to make it yourself as well.

Once you know how to make canna oil, you can use it to saute veggies and also add it to salads. You can even rub some on your skin after a long gym session.

In this post, we’ve put down a foolproof canna oil recipe in detail, which is super easy to follow. It is free of preservatives and 100% organic.

Want to learn how to make canna oil at home?. Let’s get started!

Some Facts on Cannaoil

Before we begin with the recipe, it’s better to get more info on this oil. Following are a few common queries regarding canna oil, along with their answers.

Is Canna Oil the Same as Hash/Marijuana Oil?

No, they are not similar. Canna oil, aka cannabis cooking oil/cannabis-infused oil, is made by combining marijuana oil with a fat-based oil, like olive or coconut oil.

In contrast, hash oil (aka honey oil due to its color) is a concentrated resin that you probably load in pens and vaporizers to get high.

It is extracted from marijuana plants and has high THC levels (tetrahydrocannabinol, the psychoactive compound that gives you the “high”) and CBD.

Is Canna Oil and CBD Oil the Same Thing?

CBD is a chemical compound extracted from industrial hemp seeds. It is mixed with a carrier oil to convert it to CBD oil. It does not contain THC and is used for therapeutic purposes mainly.

Cannabis oil, on the other hand, is extracted from leaves, flowers/buds of cannabis plants and contains high levels of THC and some strains of CBD.

Can I Make Cannabis Cooking Oil with CBD Oil?

Yes, you can. But CBD oil does not contain any THC. So foods made with CBD-infused canna oil won’t make you high.

Moreover, it won’t have the THC benefits like aiding in sleep, increasing appetite, reducing nausea and vomiting, promoting brain cell growth, and enhancing the senses.

How Is Canna Oil Good For Me?

If you are tired of vaping, rolling joints, and lighting bongs, you’ve got an alternative. Eat it! (not directly). The effects of cannabis last longer when you consume it by mouth rather than inhaling it.

When you take cannabis through your mouth, it first goes to your stomach and then your liver. Here, the THC gets converted into a more robust form and slowly mixes in blood, causing a longer and more potent effect.

Unlike inhaling, which gives immediate outcomes, ingesting canna oil may take 30 minutes to two hours to affect you. However, the results will last for 12 hours or longer.

Moreover, you can apply canna-oil to your skin and look younger, thanks to its antioxidant properties.

Mix it with aloe vera and vitamin E to make an anti-aging cream. Or, take the help of its anti-inflammatory properties and mix it in your DIY masks to get rid of acne.

Canna oil Recipe: How To Make Canna Oil at Home

There are three different methods to make cannabis cooking oil. The first method is the easiest and works best if you are in a hurry.

This video is courtesy of leafly.com

Things You Will Need:

Note: Baking the flowers in the oven is a crucial step known as decarboxylation, aka decarbing. Decarbing cannabis activates its THC-A content to THC, without which your canna-oil won’t be potent enough to have any effects.

It would be best if you have a double boiler to make cannabis cooking oil this way. Fill the lower pot with water and place the second pot on top.

Now, put coconut oil in it and bring it to a simmer. Then turn the flame to low and add cannabis to it. Stir it and let it cook for six to eight hours, stirring occasionally.

Making canna oil in the slow cooker requires you to put the oil and cannabis in the cooker and heat it on a low flame. Cook the mixture for four to six hours and stir it occasionally.

There is no limit, to be honest. Recipes using canna oil taste best if you use the correct fat base for mixing marijuana oil. For instance, if you want to use it in salad dressings, go for olive oil.

If you’re planning to feast on fried chicken, using peanut oil as a base will take it to the next level. Like so, for baking cookies, tarts, muffins, and cakes, I suggest you go for coconut oil.

For savory dishes, like mashed potatoes, pasta and soups, opt for vegetable oil as a base. “Weed brownies” are a well-known example of some famous recipes using canna oil in their ingredients. 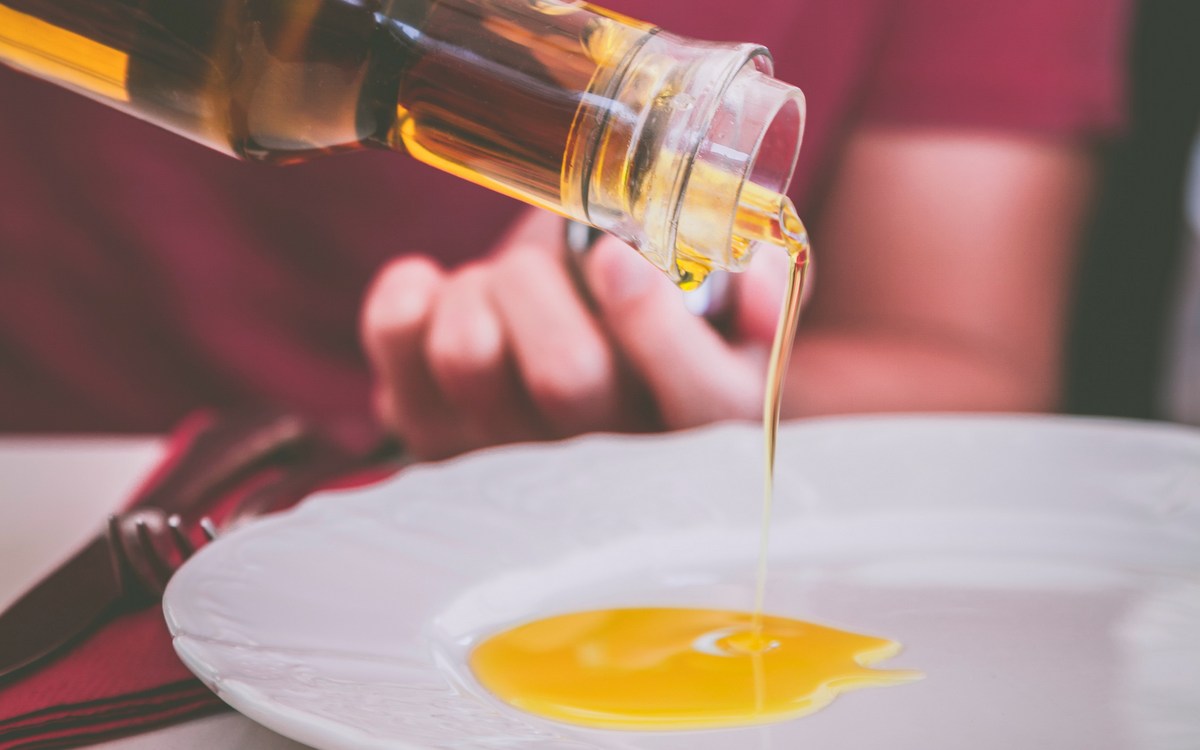 How to Make Canna Oil for Brownies

Are you craving those “special brownies”? You can bake yourself tasty brownies that you’ll enjoy for hours, only if you begin with the right ingredients.

Mainly by using the correct type of fat. So how to make canna oil for brownies to nail the recipe? Make cannabutter instead of canna oil.

Canna oil works, but it tends to give a very soft mushy texture to the brownies, which you don’t want. Here’s an authentic recipe of cannabutter you can make at home.

Place the butter, water, and cannabis grounds in a saucepan or pot and simmer the mixture on low heat for two to three hours.

Check the temperature with the candy thermometer and make sure it stays between 158℉ to 199℉. Keep stirring occasionally. Remove from the stove and cool it slightly (don’t cool it to a solid form).

Pass the butter through a funnel lined with cheesecloth into an airtight container. Your homemade cannabutter is ready. Store it in the fridge to solidify it.

It will last in the refrigerator for several weeks and up to six months in the freezer.

A Word on Canna Oil Gummies

Canna oil gummies are made using hash oil/weed oil (actually a sticky resin) or cannabis tinctures and not the edible canna oil. This is because the oil won’t let the gummies set into shape.

So, cannabis tincture is usually mixed with gelatin, fruit juice, and flavor extracts by heating and put in molds to set.

If you learn how to make weed oil at home ( which is difficult and a long process), you can make your own flavored canna oil gummies. Or you could also use store-bought tinctures to make them.

Wrapping Up with The Cannabis Cooking Oil

Mastering a cannaoil recipe is going to open the portal to a much better life for you.

But before you start using this oil in your food, make sure you first use it in little amounts.

If you tolerate the oil well, you can gradually increase the quantity. Doing so will let you know what edible dose works best for you.