The Legality of Cannabis Grow Tents in the U.S | Grow at Home! 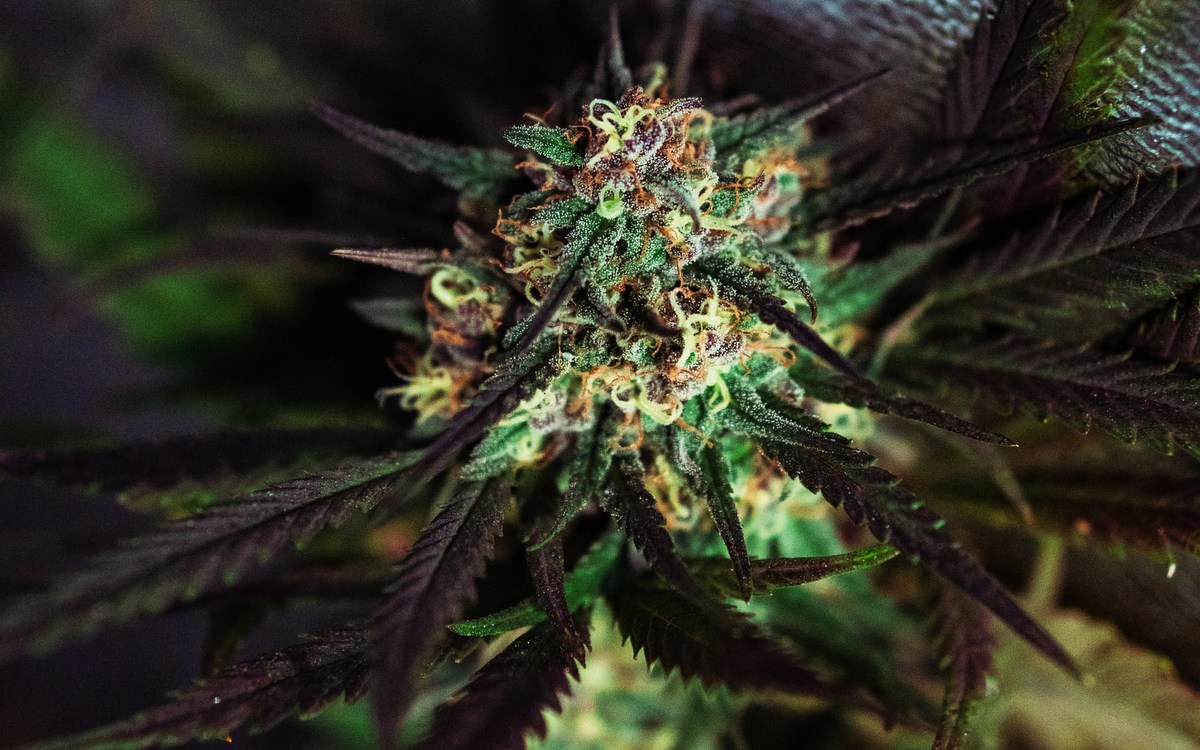 Grow tents, in general, aren’t illegal in the U.S. States with legal cannabis programs. However, U.S. laws regarding using, selling, and growing the plant aren’t straightforward.

Cannabis is federally illegal. But not enforced in most cases. Some states allow patients to cultivate their own medicine. Not all states with legal consumption, whether for medical or recreational, let people farm their own plants.

There are several types of grow tents for all sorts of vegetation. However, depending on your state’s laws, you might be able to cultivate these potent plants in your backyard.

Cannabis cultivators use these structures for several reasons:

Grow tents are available in different sizes. Always check with your state laws to see how many plants you can cultivate at a time. Most laws place a cap on the number of mature or flowering ones you can have at once.

A suitable size space can set the stage for year-round cannabis cultivation. Having the right grow tent setup can also provide room for germination and seedling with another section for the vegetative and flowering plants.

It doesn’t matter if it’s medical or recreational use for consumers ages 18 and older, the popular botanical is 100% federally illegal.

Congress is working to decriminalize the plant on the federal level. However, legislation is stalled.

Current senate and legislative members are also trying to change the national laws to allow states to choose to legalize the potent plant’s use and cultivation.

However, the good news for people in the country’s medical and recreational areas is that federal agencies rarely interfere in states with legal use laws.

The laws in the U.S. are evolving fast. In 1996, California was the first state to approve medical cannabis for patients.

As of 2021, 36 states, the District of Columbia, Puerto Rico, Guam, and the U.S. Virgin Islands allow medicinal use.

Here are the state laws for legal cannabis farming in the U.S.:

Alaska – Residents in Alaska can cultivate six plants at a time, but only three mature ones. Personal use growers still need to keep their total possession to four ounces.

Arizona – Use and farming are still new in Arizona. Adults 21 and older can grow up to six plants. But you’ll need that grow tent, and it will need a lock. Growers are required to keep it out of public view and safe from children.

California – The state with the longest-running cannabis laws allows consumers to grow up to six mature plants and 12 immature ones. Individuals can also store up to eight ounces of dry flower.

Colorado – Private cultivation is legal in Colorado. Individuals can grow up to six plants. Three can be mature. 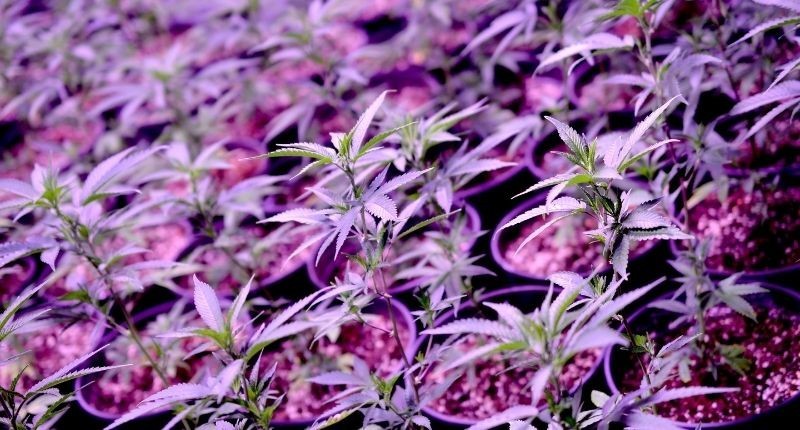 Northern Mariana Islands – Recreational cannabis growing is permitted for up to six mature plants and 12 vegetative ones. Adults cultivating flowers must register for legal status.

Guam – Anyone 21 or older can grow six plants in total with three mature ones. Homes can have up to 12 immature at a time, along with the three mature plants. All cultivation must occur in an enclosed, locked space.

Hawaii – Medical cannabis patients in Hawaii can grow up to 10 plants at a time. There’s no limit on mature plants.

Maine – Adults 21 and older can grow three mature and 12 immature plants. There’s no limit to seedlings. No one can store more than 2.5 ounces of dry flower.

Massachusetts – People 21 and older can cultivate six flowering plants. Residences can have up to 12 plants total on their property. All growth must be hidden from public view.

Michigan – Adults can have up to 12 plants as long as they’re out of the public’s view. There’s no specification for the cultivation stage.

Missouri – Missouri has a medical cannabis program that allows patients to grow up to six plants, three mature. They can also keep up to four ounces at their residence. All plants must be out of public view and inaccessible to children.

Montana – The state lets residents have four mature plants and four seedlings. There’s no cap on an amount of dry flower, but anything over one ounce needs to be stored in a locked container.

New York – New York has recently legalized recreational cannabis and updated its medical laws. Personal cultivation is legal a year after legal dispensaries open, which will be sometime in mid-2022. Adults 21 and older can grow up to three immature and three mature plants at a time.

New Mexico – Individuals in New Mexico can cultivate up to six plants per home or 12 plants per household. Residents can possess up to two ounces of dry flower.

Nevada – Nevada is a little confusing. Residents should consult an attorney before growing cannabis in this state. The laws don’t apply to all adults 21 and older and vary by how far the person lives from a dispensary.

Oklahoma – Medical cannabis is legal in Nevada. Patients can have up to six mature plants and six seedlings growing at once. Residents with a medicinal recommendation can have up to 3 ounces of marijuana on their person.

Oregon – In Oregon, individuals 21 and older can grow up to four plants. Medical patients can have six mature plants and 18 seedlings.

Rhode Island – The state has a medical marijuana program that lets patients grow up to 12 plants. Patients can also have 12 seedlings.

Vermont – Adults ages 21 and older can cultivate up to six plants. Only two can be mature. Medical patients can grow nine plants total, but only two mature ones.

Washington, D.C. – The District of Columbia allows anyone 21 and older to grow up to three mature plants and three immature ones. The sale of cannabis isn’t legal in the district, but individuals can gift the flowers to people.

South Dakota legalized cannabis in 2020. The court overturned the referendum vote. If the law’s allowed to proceed, residents will be able to grow up to three plants at a time.

Local laws can throw a monkey wrench into your cultivation aspirations. Check with city, town, and county ordinances before you start the process. 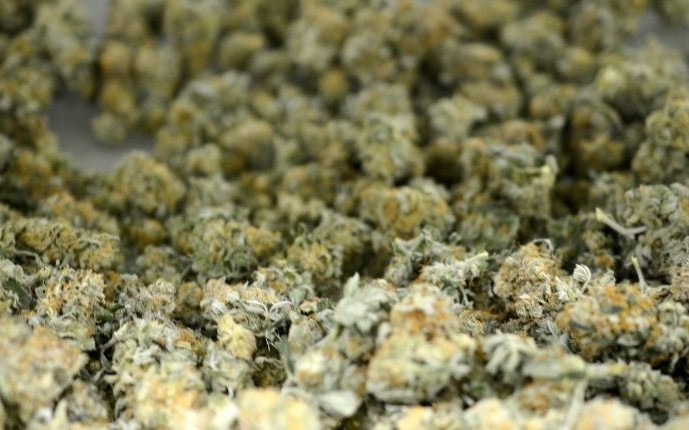 Live in a state that doesn’t allow medical or recreational cannabis? You still might be able to cultivate top-notch hemp plants that are CBD or CBG dominant.

The U.S. legalized hemp farming in 2018, and some areas allow individuals to grow their own plants.

According to an October 2019 report, 46 states allow individuals to register and grow hemp legally.

The states that don’t have farming laws for hemp include New Hampshire, South Dakota, Mississippi, and Idaho.

Now that spring has sprung in the U.S., it’s the perfect time to purchase premium grow tents to cultivate high-quality cannabis.

Times are tough, and dispensary buds are overtaxed and expensive.

Choosing to grow your own plants offers a single, upfront payment for the setup and tools but saves you hundreds or more on cannabis every year.

Buy cannabis grow tents now and get the jump on legal flowers in your state.