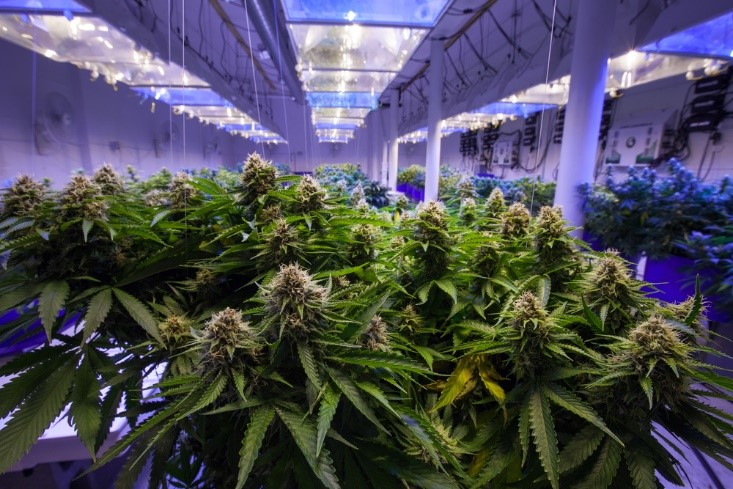 Strains like Northern Lights and OG Kush have been around for decades — and for good reason.

Some of the oldest strains remain popular in cannabis culture because they provide a comfortable and familiar high that users crave.

However, a new year should bring new experiences, and for stoners, that means choosing different strains that you’ve never sampled before.

Fortunately, for the auspicious year of 2020, growers are going all-out to offer some of the most mind-blowing, body-melting strains of all time.

If you are looking for the best weed strains of the year, look no further than the following:

A sublime mixture of two strong indica strains, Wedding Cake and Purple Punch, Wedding Crasher gives you an intensely heady, all-consuming high dominated by a sense of peace and tranquility.

This near-perfect indica is likely to leave you optimistic and clear-headed; it has numerous medical effects, including reducing muscle cramps and spasms, inflammation, and fatigue.

Best of all, Wedding Crasher has the delectable vanilla flavor of Wedding Cake with a subtle grape-berry finish.

A descendent of the prolific landrace strain Hindu Kush — which is also responsible for beloved strains like OG Kush, Sour Diesel, Haze, and others — Rare Hindu is a sweet and earthy strain that offers a serene, mellow high.

If you are a fan of most Kush strains, you are likely to find enjoyment in Rare Hindu.

Palm trees should make you think of relaxing on a tropical beach without a care in the world — and that’s what the strain Palm Tree CBD should do, too.

Produced by Snoop Dogg’s cannabis company, Palm Tree CBD has only 4 to 13 percent THC and between 6 and 12 percent CBD, ensuring the effect of the strain is a feeling of the utmost serenity.

This strain also tastes and smells like a tropical paradise, with powerful citrus flavors and aromas, so you will be utterly transported from your first encounter.

To complete the marriage trifecta, Wedding Flowers is another reworking of the respected Wedding Cake strain, this time with a more floral line that gives the bud a delightfully perfumy aroma and flavor.

This strain boasts THC in the high-20 percent, meaning it is going to zap your body into action and keep you energized.

Tropicana Cookies is a new strain with a long, prestigious family tree. On one side, this strain descends from the infamous GSC line, which imparts a sweet, fresh-baked cookies flavor as well as a wealth of medicinal applications — especially depression, but also stress, nausea, cramps, and eye pressure.

On the other side, Tropicana Cookies comes from a Dutch Sativa called Tangie, which isn’t shy about its dominant flavors of orange and tangerine.

This new strain is all about creating an uplifting feeling, with plenty of happiness and giggliness. 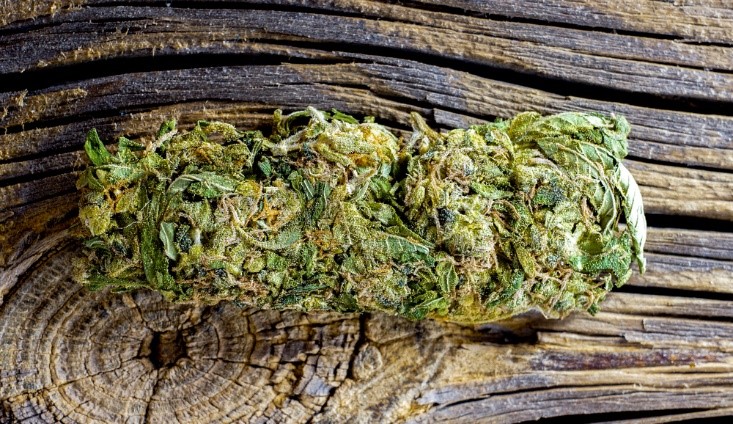 Crossing cannabis plants from South Africa with the genetics derived from South India, South Plant is a cutting-edge Sativa strain that packs a punchy, cerebral high.

In fact, its breeders do not recommend South Plant for beginners; it is exceedingly potent and best enjoyed in small doses.

Even so, South Plant is endorsed for its ability to focus attention and improve concentration while imbuing a strong happy sensation. All this, and it offers a mild earthy-sweet flavor, to boot.

Sour Strawberry is a strong Indica, and Alpha Blue is an award-winning Sativa — and when breeders combined these strains to produce Sour Berry Blue, they worked some kind of magic.

Sour Berry Blue tastes like a fruit cocktail and hits you with a powerful body-numbing high.

Though half of its genetics come from an Indica hybrid, Sour Berry Blue boasts THC levels between 20 and 26.5 percent, so you will feel a strong elevating euphoria swiftly after your first toke.

Two relatively unknown, opposing strains combine to make the incredibly stable strain Mint Chocolate Chip, which has the entire industry in a tizzy.

An earthy, diesel starter followed by a minty, creamy finish makes this hybrid strain gustatorily confusing — but the impact of the strain cannot be matched.

Mint Chocolate Chip is best consumed in small doses, to ensure it induces happiness and relaxation. However, if you don’t mind sinking into your couch for the next full day, you can experiment with higher doses.

As you might expect, this strain comes straight from one of the most productive marijuana regions in Mexico: the Sierras of Michoacan and Sinaloa.

Carefully cultivated over the past decade, Chapita de Michoacan is discreet, producing a minimal odor when grown or lit, and offering a mild, dry flavor.

Though slightly sativa-dominant, this hybrid is ideal for a newbie who wants to try something different.

The Future of Weed Breeding and Classification

In most dispensaries, you will visit, and throughout this and other articles around our website, you are likely to see strains described in terms of their indica and Sativa genetics — but the truth is that these designations are less than scientific.

Back when marijuana was a relatively new discovery for the West, philosophers strove to identify different species of the plant-based on its physical and psychoactive characteristics.

Thus, generations of growers and buyers established the pattern of classifying bud based on the shape of the plant and its perceived effects. Even later, a Russian botanist named Dmitrij Janischewsky identified a third species, cannabis ruderalis, believing this variety to be an especially small and not particularly potent type of weed.

More recently, scientists have started putting these long-held classifications to the test, and they have been found wanting. Actually, how a plant looks — whether its leaves are thick or thin, whether it is tall or short, when it flowers in its growth cycle, etc. — has almost nothing to do with what physical and psychological effects it imparts when smoked, ingested, applied and used in other ways.

Instead, a cannabis plant’s effects are determined by chemotypes, which are unique chemical compounds within a plant. Chemotypes develop as a result of minor genetic or epigenetic changes to the plant — in other words, small alterations in breeding practices might cause significant changes to the cannabis plant’s chemical composition, resulting in new and noteworthy effects. It is incredibly likely that in the near future, dispensaries will do away with all-but-meaningless “Sativa” and “Indica” nomenclature and instead employ chemotyping as a way to clearly and succinctly explain what individual strains are like.

Unfortunately, science has only identified a small handful of chemotypes in marijuana. More research is necessary to make chemotyping a widespread, functional tool. Until then, you will need lists like these to explain the latest and greatest strains of the year.

It doesn’t matter whether you require marijuana to help you sleep, to manage a disease or disorder, or simply to let you relax and have fun — breeders are working hard to deliver more potent strains to satisfy your needs. This year, try a brand-new strain, or maybe just a strain that is new to you, to experience what the growing world of marijuana has to offer.