Not Getting High From Weed | Why I Can’t Get High 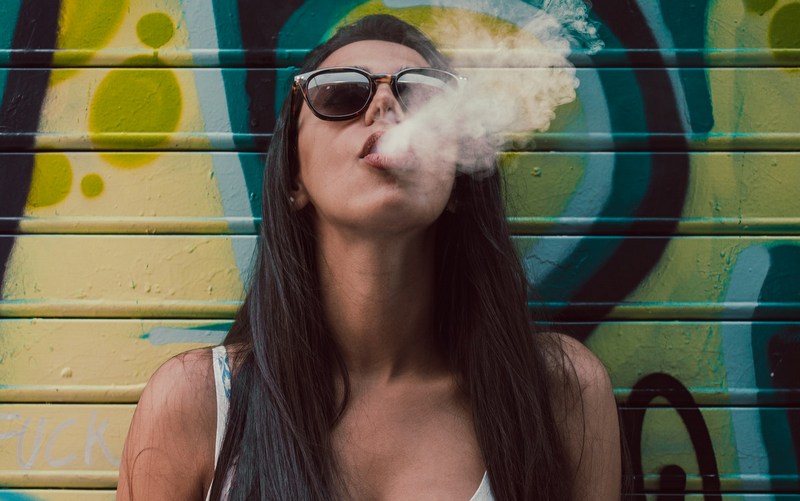 Are you panicking because you can’t get high anymore?

I know how you long for that out-of-world feeling, those few hours of satisfying high, but how can you bring those back?

You contemplate whether you have developed a high tolerance or is it a low-quality weed.  There are many factors at work, and I will discuss a few to understand why you are not getting from weed anymore.

Cannabis is a plant that comprises various compounds, with over 113 cannabinoids and tetrahydrocannabinol (THC).

CBD, the non-psychoactive and non-euphoric component, has prevalent use for its medicinal purposes.

Notably, it is used to treat pain management, inflammation, seizures, nausea, and various discovered and undiscovered benefits can be obtained from this plant.

Whereas THC is the prime compound that is responsible for the high you feel after consuming it.

First-timers always have unexplainable tingling in their body and feel fully stimulated. They are strangely aware of their body and hear sounds. Seasoned users may mix new methods, or try new strains of cannabis.

How this plant interacts with your body varies from person to person. Other factors like age, tolerance, health and the way you consume also are at play for the effect and intensity of high.

Initially, the plant was consumed in raw form with food, often rolled in a joint, or else with tea. Nowadays, as we all know, cannabis is available in three primary forms.

Weed is smoked in various forms such as joint, bong, vape, cigar, pipe, hookah, and dabbing. When weed is smoked rather than consumed orally, it interacts with the body relatively faster.

On average, it takes fifteen minutes or half-hour to feel the beginning effects of high.

Science explains that the circulatory system receives the THC molecules from the lungs and spreads them to the brain and every body tissue.

When ingested, it takes its long route to the liver, then reaches the bloodstream.

Hence, seasoned weed consumers switch to smoking weed to get that high which wasn’t possible by taking edibles.

Have you heard of magical brownies?

Marijuana is available on market in various forms to ingest orally. It is available in the form of powder to make brownies, the oil used in salad dressings, and soups.

Correspondingly, the oil and powder are added when food is almost ready. The idea is to ensure the weed is not cooked at high temperatures.

In addition, it is also available in the form of pills. Another famous use among consumers is using leaves to make tea.

Not to forget, a relatively new method of consumption, marijuana-infused gummies and gums are readily available at dispensaries.

Topical Use of Weed

It is fairly new, but these methods are primarily used for medicinal purposes.

Moreover, this method is used in conjunction with health concerns from smoking.

Another famous and recent use is patches. They work similarly to Nicotine patches by delivering the chemical directly to the bloodstream.

Thereupon, these patches are mostly used for pain management.

You have this question pestering you, Why am I not getting high?

You can troubleshoot these simple factors to find what could be getting in the way.

Let’s delve in to figure it out.

THC has a similar chemical structure to anandamide, a brain chemical. The similarity is the reason the brain quickly recognizes it. As a result, it alters brain communications.

Anandamide is a neurotransmitter and sends signals to nerve cells. It affects pleasure, thinking, concentration, memory, sensory perception, movement, and perception of time.

THC then attaches itself to receptors and disrupts these mental and physical functions. The feeling is termed as ‘high.’

Sometimes unintentionally, when you keep smoking the same strain, you start sensing you don’t feel high anymore. It may have the same THC content, but the sweet feeling is missing.

It is pretty common and happens to many seasoned smokers and users. After some time the body develops tolerance to cannabinoids, and it stops affecting like before.

Everyone’s body is different; some may experience this feeling pretty soon down the road.  But, there is no need to worry. You need to stop using your favorite products and shuffle a few things.

As weird as it may sound, sometimes, users do not get high on the first time. It doesn’t mean you instantly need to take something with high THC levels, but you have to wait it out.

Probably after the third or fourth time, you will feel the body accept its effects and start experiencing the high. Besides checking for the strains if they are weak, you can also smoke instead of ingesting.

Another reason is the anticipation since your mind is very alert and can create the block. Consequently, the psychological hindrance will reduce with time as anticipation will diminish.

Also, new users often are not inhaling it properly. Read on to learn about proper inhalation.

It is usual for newbies nicotine or weed smokers to not inhale it the right way.

Oftentimes, new smokers feel a bit uncomfortable inhaling properly. But like all other things, with time, you will learn to welcome the smoke in your lungs.

However, a simple trick that seasoned smokers give is to keep the smoke in the mouth. Later, breathe as you normally do. But remember, you are inhaling the smoke, not ingesting it.

Also, a big hit is not advised; take a small hit to ease your way in the pattern.

Either you are a rookie or grandmaster, the quality of cannabis will give you the right kind of high.

Especially the patients who use cannabis for their medical condition require the right kind of strain.

With recent development in legalization, they can acquire weed or other cannabinoids from the pharmacy.

But medical-grade marijuana has little or no THC. It is meant only to address your health concerns. For public health and safety, the departments regulate the use of THC.

In such instances, getting the strain with high resin content may be tricky for them. As a result, patients resort to off-market methods of purchase.

Most importantly, you need to ensure the dealer provides you with the right quality cannabis to address the main goal, i.e., health concerns.

Can some people not get high? Yes, it is devastatingly possible.

Hence the only feeling patients get is relief from pain. In some cases, when users can’t get high, they resort to smoking cannabis or consuming high levels of strain.

Some people have a tolerance to THC due to pregnenolone. A hormone that blocks it in your body. It was noted in an experiment on lab rats.

If you thought you are a special kind of hopeless and even cannabis isn’t getting you high, then sorry to burst your bubble, it’s just biology.

The only way to get high is to increase the content consumption, not rely on edibles, and try switching various ways of smoking cannabis. 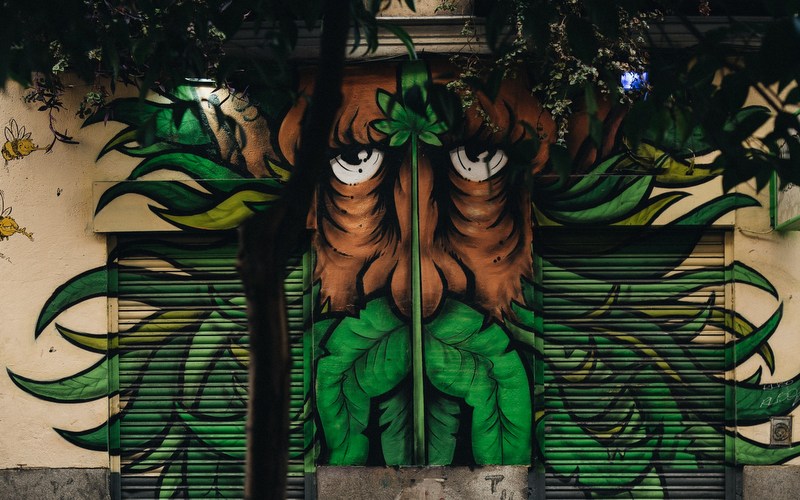 Some Tried and Tested Ways to Get High Again

Are you anxious because you can’t get high?

There are several reasons, but we have many options to try and fix the problem. In no time, you will be feeling high again.

We know it doesn’t sound fun, but eight out of ten times. It sounds excruciating, but the results are worth it.

Live Science explains the internal homeostasis develops in the absence of outside cannabinoids entering the body.

Either you can start by gradually reducing or calling cold turkey. Often patients and users with medical conditions follow this tolerance break to bring their tolerance levels back to normal.

It may take some weeks or maybe up to a month. If you incorporate physical activities and drink more water than the required daily consumption, you can speed up the process.

Water helps to flush all the toxins out and last of the remnants of cannabinoids. While physical activity releases endorphins that help keep your nervous system happy, active and help curb the craving.

After the detox, you will be able to get high again like the first time. Often alcohol users and nicotine smokers also follow this method.

It may surprise you, but mango has some amazing nutrients, including Myrcene. It is one of potent terpene, and terpene modifies the effect plants give to the body.

Uniquely, the entourage effect that plant and terpene create elevates the experience.

Mango has modest quantities of Myrcene, and when consumed with THC, creates an intense and lasting experience.

Often the user terms the feeling lovingly as couch lock, where you are in utmost relaxation.

There is no set protocol of what goes first, but experts suggest that mango should be consumed first for the best result.

When users find a strain or product that works best for them, they continue using them because of comfort, high and reliability.

But after some time, the body develops tolerance towards it and loses its potency. Another important aspect to understand, the body may have developed tolerance over the method of consumption and the duration between two intakes.

Increasing the dosage may result in some short-term changes, but that may also start wearing off soon. There are various ways marijuana is consumed:

Your best bet is to mix it a little. Try new methods, new strains, and switching the method will help you produce that high again.

Variety could be addressed with two-fold troubleshooting. Firstly, you are new to the regime, and you were served with weak strains that are grown cheaply and often mixed with other substances.

Secondly, you might have gotten too comfortable with the strain you are using. Either you can try different strains or increase the THC levels.

Ideally, experiment with all-time favorite strains, such as Ghost Train with high amounts of terpene and Death Star, which has decent levels of caryophyllene. It will play a significant role in gaining that relaxation you crave.

If these are already in your routine and you feel normal after you smoke weed, you need to consider a detox.

Closing with “Not getting High from Weed”

The little voice in your head, Why am I not getting high anymore? Probably has calmed down.

We suggest consulting with an expert. With labs and tests, they may be able to guide you in the right direction.

After the legalization, various experiments have begun. Doctors and scientists are exploring various reasons that interact differently with cannabis.

However, for now, you can work on some of these tried and tested methods to relieve some anxiety and get high again.