30 Slang for Weed: A Complete Guide to Cannabis Street Names 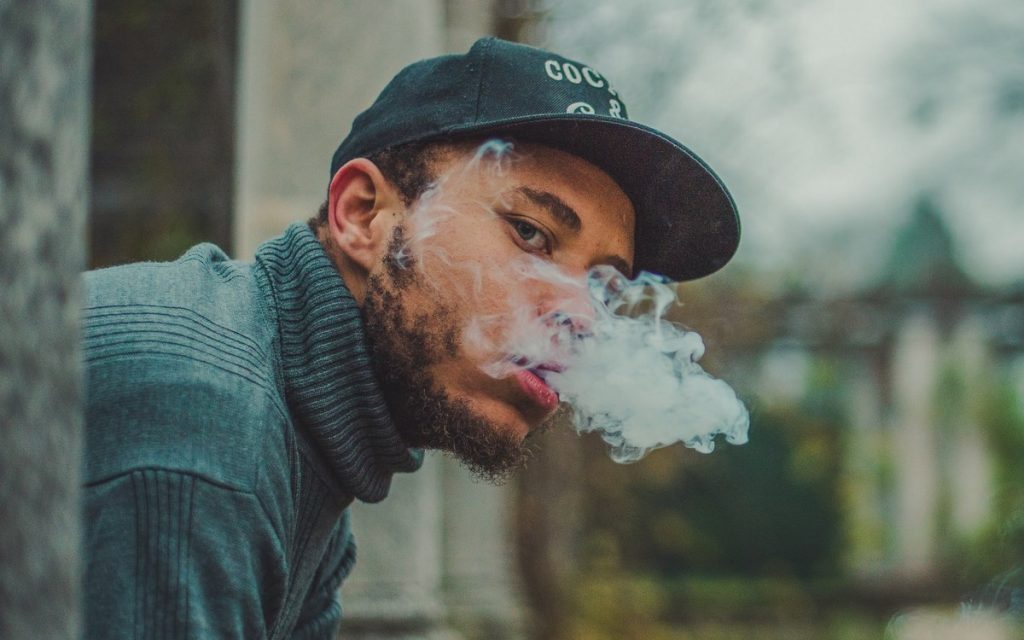 The cannabis plant is more complex than a layman thinks. It is not only about getting high or treating pain; there is a lot more science behind the working of this plant. So, when there is science, the existence of complicated weed slang is inevitable.

Since the cannabis plant is not a new find, there are also several marijuana street names that you can find in different cultures. In this article, we have shared the most basic terms and slang for weed that you might come across on the internet or recreational marijuana groups.

There are several weed slangs used in different parts of the world. Here are the 30 common slang words for weed:

Cannabis is the plant that is used to make marijuana and hemp-based products. There are three different kinds of Cannabis plants commonly used worldwide to create recreational and medicinal products.

A marijuana cigarette, also known as a joint, is a rolled paper filled with marijuana flowers used for smoking marijuana.

The ditch weed is a wild-growing marijuana plant as opposed to industrial Marijuana. This word is also used for low-quality Marijuana.

Mary Jane is American and Canadian slang for Marijuana. The term was coined in the nineteenth century and has been quite popular in pop culture.

Ganja is a Hindi word for Cannabis that is known as one of the oldest slang terms for weed. It is usually used for the smoking forms of weed rather than medicinal products created using Marijuana.

A blunt is a cigar emptied out from the center and filled with Cannabis. Mostly inexpensive cigars are used for this purpose.

Purple Haze is a purple variant of Cannabis Sativa that is known for inducing a hazy, dream-like euphoria in the consumers. It was popularized by Jimi Hendrix’s song in 1967.

The Pot slang term for weed that can induce a feeling of getting high. It is one of the most common slang names for weed used worldwide.

420 is another slang for smoking weed that was coined by young cannabis consumers. These young adults would meet at 4:20 after school to secretly smoke Marijuana.

Reefer is the English version for one of the Mexican slang terms for weed called “Grifa.” The word Reefer is now commonly used for a rolled marijuana joint used for recreational purposes.

A one-hitter is a smoking tool used to inhale a single puff of Marijuana smoke. It looks like a small pipe filled with a small serving of marijuana leaves and allows the user to take one “hit” of the drug.

A Quip us a quarter pound of Cannabis. It is also known as QP and is commonly used by drug sellers and buyers on the streets.

This is a term for the hybrid of Cannabis Sativa and Cannabis Indica plant. It is an award-winning weed strain that has gained massive popularity all around the globe.

An Amp joint is a cigarette containing Marijuana mixed with other drugs like cocaine, heroin, or meth. Just word Amp is the shortened version of “amplified.”

The grass is one of the most common names for Marijuana. Since the plant looks like grass, consumers started calling it with this name as slang. 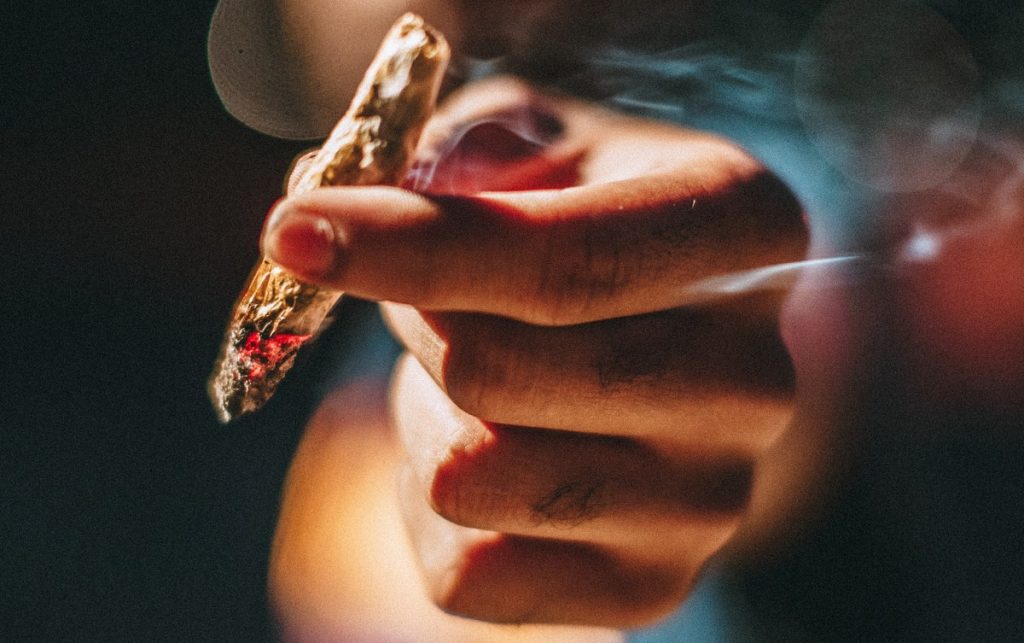 It is a marijuana joint that is laced with heroin or PCP. It can cause severe drug addiction and has dissociative hallucinogenic side effects.

These papers are sheets to encase marijuana leaves for smoking purposes. They are known as blanks and come in a cardboard box. You can use these sheets to smoke tobacco as well.

It is the most common Cigar brand used to make a blunt. It is generally filled with tobacco, but it is hollowed out to fill with Marijuana and used for smoking.

Hotbox or hotboxing is the slang for smoking weed in a small, closed space. It is also associated with rapidly smoking weed to create a hot environment around.

Sticky icky is a term popularized in 1999 by hip hop singers DRE and Snoop Dogg. It means the highest quality of cannabis strain with a sticky property because of its trichome density.

Also known as a Spiff, a doobie is a marijuana cigarette that also contains tobacco. It is a common pop-culture term and was popularized in the 1960s.

Hashish or Hash is the female flowering part of Cannabis used for inhaling. It is consumed using a pipe, bong, sheets, or ingested orally.

This term was popularized due to a song in the 1960s and is still used to indicate a marijuana joint. Since the song had a chorus about getting high, it became slang for a cannabis cigarette.

A Cocoa puff is a cannabis cigarette that is spiked with cocaine. It is popular among people who smoke Cannabis for experiencing psychedelic effects.

A Woollie is a hand-rolled joint or blunt spiked with heroin, cocaine, PCP, and crack.

A stoner is a person who has consistent drug use. They have a marijuana addiction that can lead to chronic cough and red eyes.

Devil’s lettuce is a fun slang for Marijuana due to its vegetable-like appearance. This term was originally created to scare people from Marijuana but later turned into slang used by cannabis users.

Pakalolo is a Hawaiian word for Marijuana. Paka means weed, and lolo means Crazy, which translates into Crazy Weed.

Mota or Mote is a Spanish slang for weed that translates to “a speck”. This term is common is both Mexican and Spanish speaking countries.

This is a Spanish slang for weed sellers and consumers. It a regional terms that is not used worldwide. 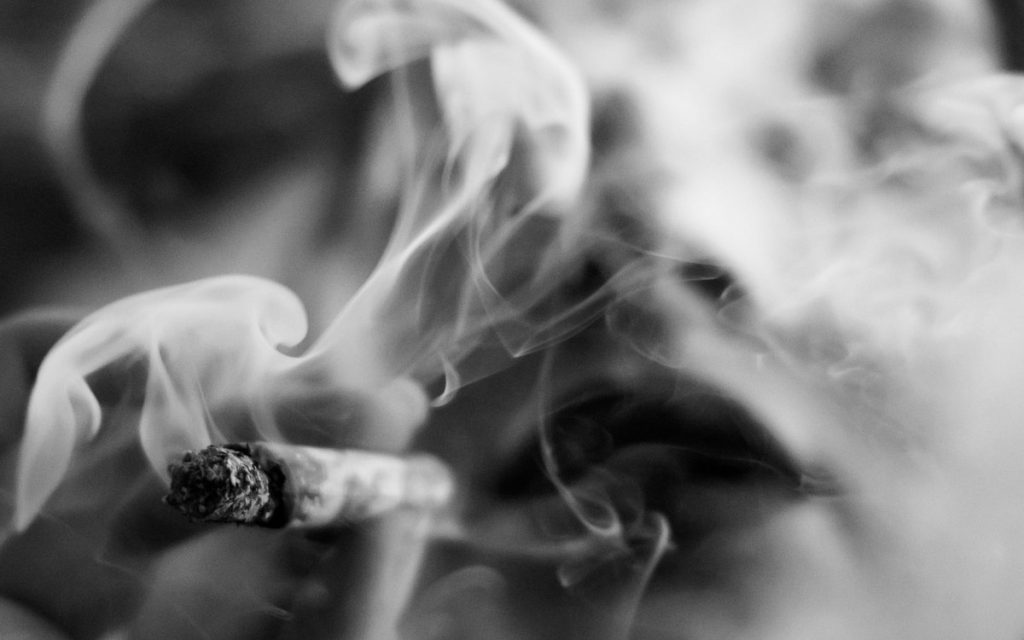 Here are some common questions related to marijuana street names:

What Do Jamaicans Call Weed?

In Jamaica, Cannabis is known as Ganja which is a Hindi term for Cannabis. Even though the consumption of Marijuana is illegal in Jamaica, people are still allowed to use a minimal amount of the drug.

What Do They Call Weed in England?

In the UK, the top slangs for Marijuana are “Skunk” and “nug-run.” People also use common slang terms for weed like pot slang, grass, and dope. However, the usage of Cannabis is still illegal in the UK.

What Do Hippies Call Weed?

Marijuana is quite a common drug among hippies. It is called “Reefer,” “Tea,” “Dope,” or “Grass,” among the hipsters. These words were coined during the Jazz movement and are still used to this day.

What is Marijuana Addiction Treatment?

Wrapping Up with the Slang for Weed

While Cannabis has several medicinal properties, it has long been used as a recreational drug. As a result, these common slang words for weed are used by new and seasoned cannabis users around the world.

Some terms are local, while the others are global. With this article, you can easily expand your Marijuana street names vocabulary and educate yourself further about this drug.