10 Things That You Never Expect To Know About Weed Seeds 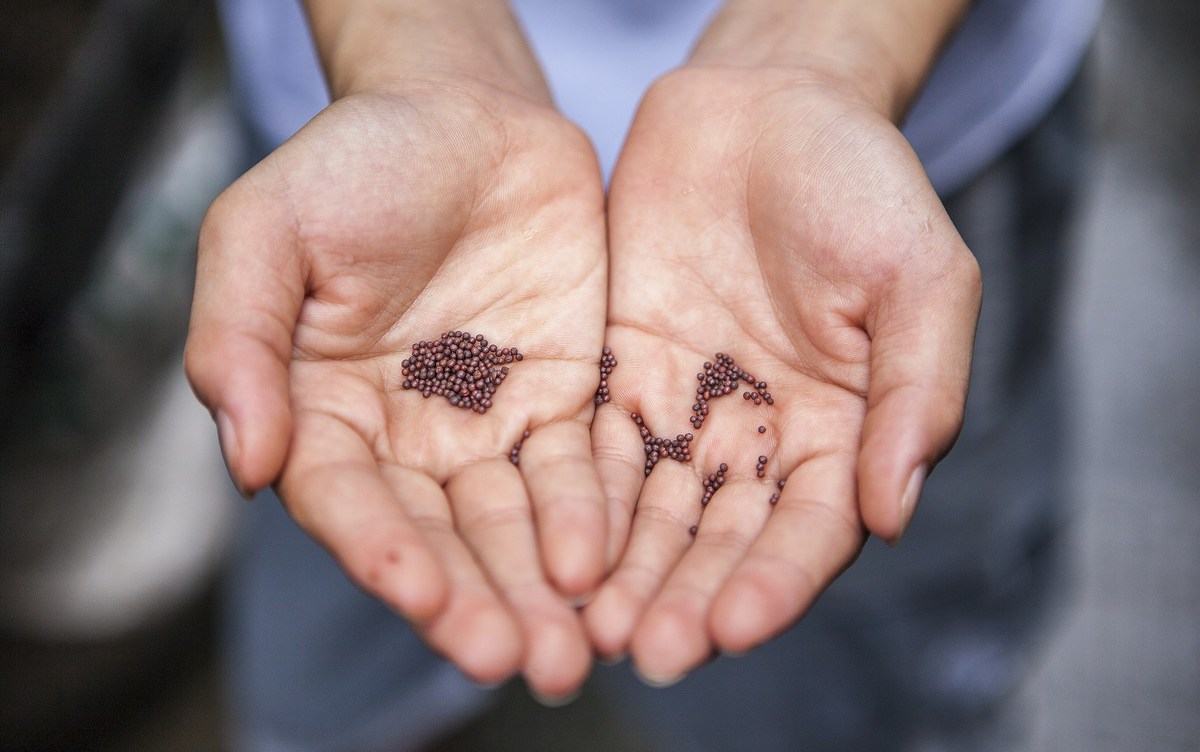 Weed seed is well known all around the world for the exceptional benefits it provides the human body when harnessed the proper way.

Cannabis seed is accepted in some countries and states in the U.S. for the wonderful health breakthroughs associated with some chemical components it contains.

However, there are lots of misconceptions that put weed seeds in a bad light especially due to issues of addiction when used for recreational purposes.

Regardless of the stringent laws put in place to regulate the possession and use of these nutrient-packed seeds, more than half of the United States citizens admit to having used it one or more times.

Interest in cannabis has grown drastically in recent times, and more research is being done to reveal more facts about the rather controversial plant. In the meantime, here are ten things that you probably never knew about the weed seeds.

1. A great way of treating seizures

One of the mind-blowing facts about the weed seeds is that it can and has been used to treat seizures for patients who are epileptic.

Even though it is not clear yet how it works, a good number of patients have given testimony on how they got healed or at least some extent of relief after using cannabis seeds as a remedy for epileptic seizures.

2. Weed seed is an ancient anesthetic

Weed seeds are ancient in plant history, and their origin can be traced back to thousands of years ago. It is one of the earliest anesthetics used by physicians.

History has it that ancient Chinese surgeons used cannabis to anesthetize their patients before operating them.

3. Quality Weed seeds can be processed into different forms

Smoking is not the only way to consume weed seeds. In fact, there are several ways to make good use of cannabis seeds apart from smoking.

There are companies that specialize in processing weed seeds into several products that make them safer and easier to consume.

It’s no news that smoking is not ideal for the lungs and it is highly discouraged if you want to lead a healthy lifestyle.

This has led to innovations such as CBD oil, tinctures, and other product that make cannabis bring the numerous benefits of weed seeds closer and more accessible to consumers.

4. Weed seed is gradually being legalized

Weed has been around for a long, long time, even though it has not always been legalized in most countries.

Despite decades of rejections in many of these countries, weed seed and its other forms are now being legalized in many countries besides the United States. Some of these include South Africa, Mexico, Uruguay, and a number of other South American countries.

Researchers have intensified efforts to establish the importance and benefits of weed seeds and their other processed forms. This new development is forcing countries to take notice and look for ways to benefit from this wonder plant.

Although not many countries have legalized the use of weed seeds in their natural form, there are some other forms that are making waves in the market, such as CBD products, vape, among others.

5. Weed seeds can be used to relieve anxiety

It is worthy to note that weed seeds can help fight off and heal anxiety.

According to research, weed seed offers relief to sufferers of a lot of mental health issues such as stress, depression, and anxiety. 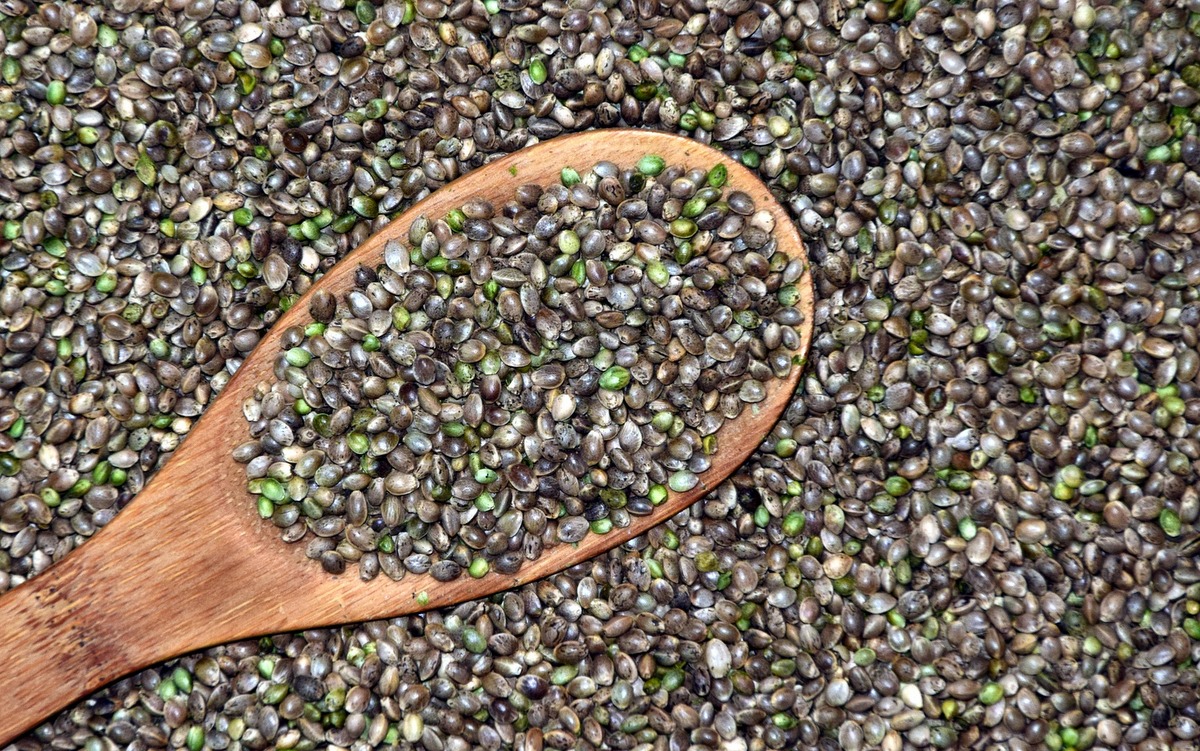 6. Selling and consuming weed seeds in some countries attract death as a penalty

Some American states have harsh laws and take extreme measures for people caught using weed seed or any of its forms.

Furthermore, there are countries with even harsher punishments for people who consume weed seeds.

For example, Saudi Arabia executes more than 150 weed offenders yearly. Iran is another country that has draconian laws for weed offenders.

According to a poll by Pew Research Center in 2019, approximately 67% of Americans want weed to be legalized.

In comparison, a smaller figure of 32% of people believes weed should remain illegal, a drastic decline in the number of 2010 where 52% wanted it to be illegal then.

This goes to show that more and more people are seeing the importance of weed seed and would like to incorporate its use into their daily lives.

8. Weed seed Is the World’s Most Widely Used Illegal Drug

Even though there are no uniform figures, it was estimated that more than 250 million people used weed seed in various forms in 2018.

It is a high increase from the 224 million people that used the weed seed in 2010. And presently, more people are using it in one way or the other.

According to the Gallup poll in 2019, it was discovered that more than 12% of Americans smoke weed consistently.

52% of American adults have tried to smoke weed at least once in their lifetime which makes it more likely to continue smoking.

9. Yes, the possibility of addiction exists.

One of the major reasons why the most Government prohibits the use of weeds particularly in its unrefined form is the glaring risk of addiction due to the presence of tetrahydrocannabinol (THC), the chemical composition of weed seed responsible for its mind-altering properties.

According to the Gateway Theory, people who smoke weed are more likely to take on much harder and strong drugs and substances such as cocaine, heroin, opium, and others as time goes on.

10. A lot of people believe alcohol is more harmful & addictive than weed seed

American Addiction Centers carried out a survey in 2018 on 1000 people. 57% of these people agreed they would legalize the use of weed over alcohol if they could.

Generally, a lot of people would take weed above alcohol because it is perceived to be less harmful and addictive.

With the continued research on weed and its related forms, we still haven’t discovered the full spectrum of health benefits weed seeds have to offer humanity.

Whether you refer to weed seeds as marijuana, spliff, pot, Mary Jane, or any of the other popular slang names out there, we hope we’ve added to your knowledge of the history and facts about best cannabis seeds.