What Is CBG? All You Need to Know about Cannabigerol and its Benefits 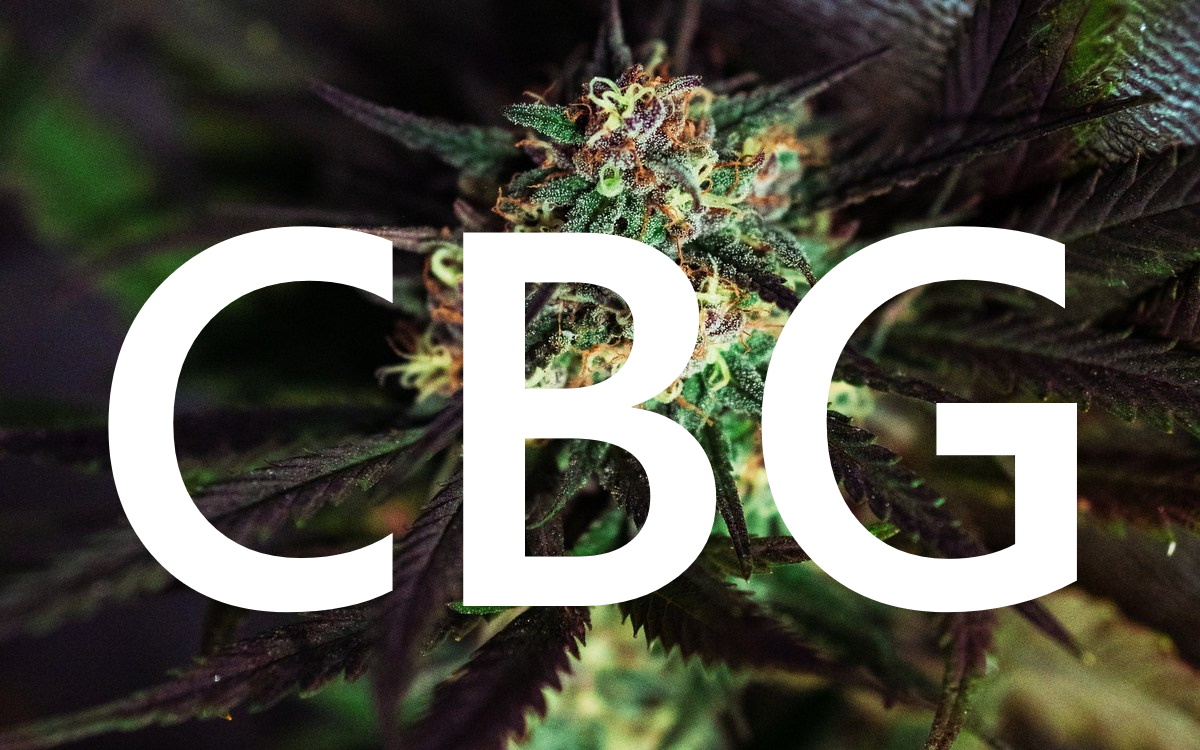 Most of us are already familiar with cannabinoids such as Delta 9 THC and Cannabidiol CBD. However, we don’t really know what is CBG, its benefits, and most importantly, what is CBG good for.

The cannabigerol CBG is essentially an active compound known as CBG cannabinoid, present in the cannabis plants. CBG exists in a lesser concentration than CBD or THC, less than one percent in cannabis strains.

The good news is that CBG cannabinoid, sourced from hemp plants, is legal in many countries because it contains less than 0.3 percent THC.

CBG was first discovered in 1964 by Yehiel Gaoni and Raphael Mechoulam.

Usually, certain enzymes break CBGA and convert it into the rest of the three acids. That’s why these acids, when exposed to ultraviolet light or heat, convert to cannabinoids known as THC or CBD. It also means that CBGA transforms into either CBDA or THCA.

To obtain a higher amount of CBG cannabinoid, breeders opt for methods such as genetic manipulation or plants’ cross-breeding.

The CBGA became CBG through decarboxylation. This way, it can interact with the body’s cannabinoid receptors.

Some researches reveal that CBG has a partial affinity for both CB1 and CB2 receptors. Both of these receptors regulate physiological effects, including appetite, pain response, and mood.

You should know that different cannabis plants have a varied amount of cannabinoids:

Type IV cannabis with a higher concentration of CBG is found in Europe, especially France. Some of the CBG-dominant cultivators include Stem Cell, White CBG, and Panakeia.

Stem Cell has massive growth of large flowers, while White CBG offers up to 20 percent CBG concentration. Panakeia, on the other hand, is a new addition with 18 percent CBG content with zero THC.

Other strains of cannabis with higher CBG content include Super Glue CBG  and Jack Frost.

CBG is more commonly found in industrial hemp plants. This way, it’s legally accessible in most of the US states and other countries.

CBG is definitely different from CBD in multiple ways, primarily based on the molecular structure.

Both the CBD and CBG act on the endocannabinoid system but activate different body receptors. CBG binds with CB1 and CB2 receptors directly, proving more efficient in delivering CBG benefits to the human body.

A 2011 study compared the CBD and CBG effects at the 5-HT1A serotonin receptor.

Interestingly, the appetite stimulation of CBG is quite different from CBD. Research conducted on rats highlighted that CBG intake encourages the rats to eat more than double than regular food intake.

Another study revealed that CBG didn’t modify the appetite; however, CBD reduced the overall food intake.

Another difference between CBD and CBG is the quantity in which they are found in the cannabis plants, which contain only one percent of CBG and up to 25 percent of CBD.

On the other hand, CBG and CBD have certain similar qualities, such as anti-inflammatory and antibacterial.

Not only that, but both the CBG and CBD are non-psychoactive, so they don’t make you high or alter your state of mind, like THC.

Before getting into the details of CBG effects, we first need to understand its interaction inside the human body.

The body’s endocannabinoid system processes CBG. This ECS system comprises molecules and receptors to keep the body stable and optimal, irrespective of the external environment.

The human body essentially contains two types of cannabinoid receptors – CB1 and CB2. CB1 receptors are present in the brain and nervous system, while CB2 receptors are found in the body’s immune system and other areas.

The CBG works by bonding with both of these receptors to strengthen anandamide’s function, a neurotransmitter that plays a significant role in promoting motivation and happiness. Moreover, it regulates appetite and sleep by minimizing pain.

One important thing to note here is that CBG doesn’t have any psychotropic effects to make you high.

However, it can become a problem if consumed more than 300 milligrams per kilogram of body weight. 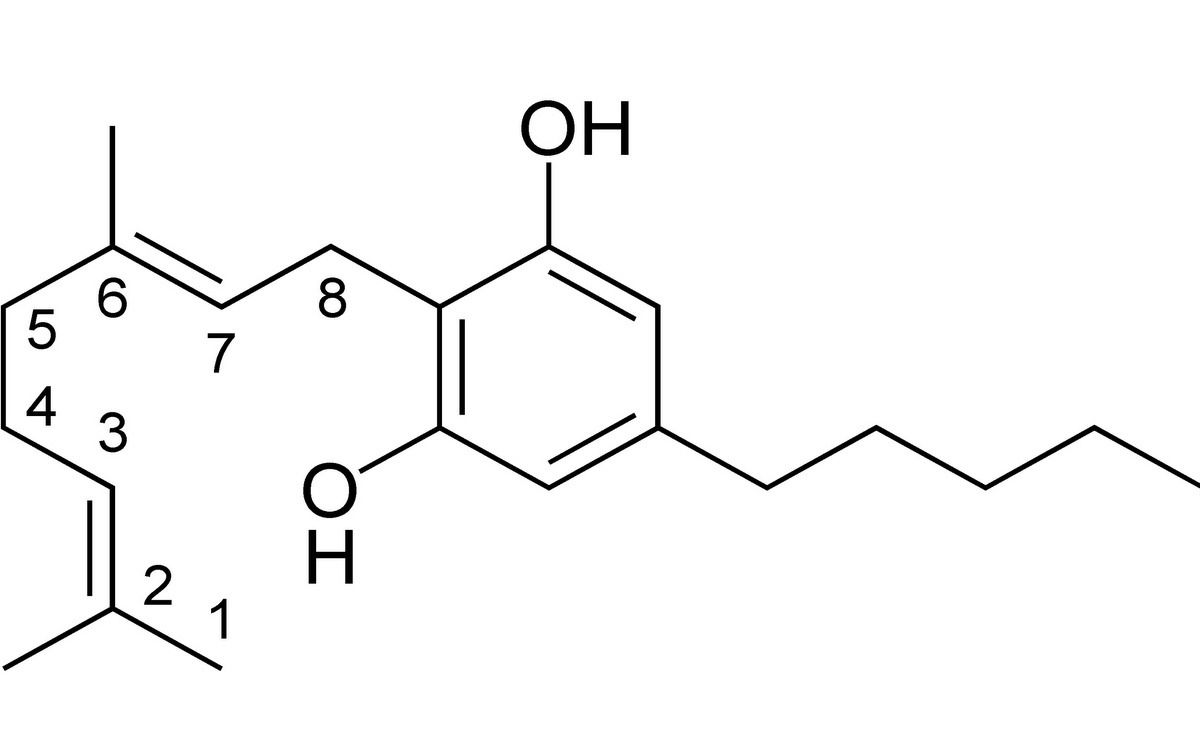 You must be wondering what is CBG good for. Don’t worry; we have compiled different research to highlight CBG medical uses.

Our human body has a built-in endocannabinoid system (ECS) which works day and night to maintain a homeostasis balance. For instance, ECS plays an essential role in regulating the immune cells to minimize inflammation.

You can use the CBG medical benefits to target specific physiological systems. CBG is considerably effective in treating glaucoma since it prevents intraocular pressure because of its neuroprotective effects.

Not only that but in a 2015 study, benefits of CBG were evident in protecting the neurons in mice with Huntington’s disease. In this case, CBG serves as a neuroprotectant to protect the nerve cells from any damage.

Another research conducted on cats with glaucoma showed that CBG helped in reducing eye pressure. Additionally, it increased aqueous humor outflow, a fluid produced by the eyes to maintain eye pressure by providing the necessary nutrition to the eyes.

IBD is an incurable disease that causes chronic inflammation in the bowel, affecting millions of people globally. A study conducted in 2013 showed the positive effects of CBG on IBD.

Moreover, one more study highlights CBG medical use in fighting cancer to block the receptors to prevent cancer cell growth.

Furthermore, CBG promotes the death of cancer cells and prevents the spread of colon cancer.

Another European research provides evidence of CBG’s benefits as an antibacterial agent against MRSA microbial strains, which cause staph infections.

In another study conducted on the effects of multiple cannabinoids, CBG is proven to be most effective in inhibiting muscle contraction. This way, we can utilize CBG benefits to prevent bladder dysfunction disorders in the near future.

A study conducted in 2017 highlighted that CBG has the potential to treat cachexia and appetite loss to drive hunger without causing any intoxicating effects.

You should know that scientists haven’t performed any clinical trials to explore CBG effects on humans.

Other than CB1 and CB2 receptors, CBG can also influence a2-adrenoceptors and 5-HT1A serotonin receptors present in the nervous system.

It’s possible for CBG to block the reuptake of the neurotransmitter noradrenaline to combat depression symptoms.

How to Consume CBG

You can consume CBG in different forms, including CBG oil, CBG flower, and CBG isolate.

By the way, you should know that CBG oil, being the purest form, is the best way to enjoy CBG benefits. However, CBG oils are not just rare but extremely expensive.

Furthermore, you can enhance the effectiveness of different cannabinoids by using them together. This phenomenon is known as an entourage effect.

You can consume CBG oil extracted from hemp to lower stress and anxiety levels. It depends on you to take CBG oil sublingually by placing a few drops below the tongue using a dropper.

The CBG oil starts working after twenty minutes to relieve your pain or inflammation.

You can also take CBG oil in the form of pills, capsules, or gummy bears.

Moreover, CBG oil is available as an ingredient in balms and salves for topical applications. This way, you can directly massage it on the affected area to reduce muscle strain or joint inflammation.

You can also opt for CBG powder available in small jars. Simply dissolve it in juices or mix with the food.

It’s important to know that CBG drops contain five percent CBG, while edibles have only around two percent CBG. It depends on whether you want to consume a CBG oil isolate or solution.

Wrapping Up with the Cannabigerol

The initial results of CBG are pretty promising, and scientists are excited to conduct more research to explore CBG effects.

However, CBG is scarce, with more difficult production than THC and CBD. That’s why it’s more expensive.

CBG cannabigerol is non-psychotropic and non-intoxicating; that’s why it may provide therapeutic benefits.